‘5G? Parts of Sarawak don’t have Internet at all’ 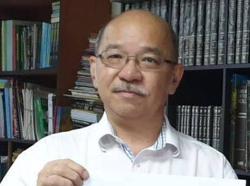 WHAT is the point for the authorities to introduce the fifth-generation (5G) mobile techno­logy when it cannot even guarantee stable Internet connection in rural areas, especially in Sabah and Sarawak, says Wong Ling Biu (PH-Sarikei).

Wong said Internet connectivity in the rural areas, especially in Sarawak, was still low and noted that some parts did not have any connectivity.

“Let’s not talk about 5G connectivity, even the fourth generation (4G) connection and even the normal connectivity is hard to get.

“What is the ministry’s plan or measures that will be taken to address this in Sarawak?” he asked during Question Time.

In response, Communications and Multimedia Minister Gobind Singh (pic) said the 5G technology was important to prepare the country to compete at the international level and to face the challenges of the digital economy in the future.

“We have to look forward. Although we accept that the current coverage needs to be improved, not only in Sarawak, but nationwide. But that does not mean we cannot do new initiatives like 5G.

“We have to be prepared. Whether we like it or not, 5G is taking over the world and its economy in the years to come.

“In such a situation, we have to do both simultaneously.

“I hope you understand that it will take a concerted effort and focus on what we have, and improve to ensure the nation is prepared for all the digital economy challenges,” said Gobind.

He revealed that a 5G Special Task Force would prepare a report on all aspects of 5G technology and public policy.

“We’re looking at it (the health issue), and it is being discussed and we are looking at the outcome of this pilot project, and we are definitely giving focus to the safety issue,” he said in reply to a question from Datuk Seri Abdul Azeez Abdul Rahim (BN-Baling) on concerns about radio frequency radiation with the adoption of 5G technology.