FOR those who have not been to Chiang Mai in northern Thailand, now is the time to go. Approximately three hours by flight from KL, it is an adventure haven awaiting holidaymakers. From visiting the famous Hmong village to a splashing fun time at the Huay Tung waterfall, tourists can also catch a glimpse of residents within the community, who are a part of the Khamu hill tribe.


Besides, boasting plenty of exotic food and fascinating culture, it is also close to the neighboring Laos and Myanmar. This makes it the perfect trip to not only appreciate and enjoy the beauty of northern Thailand, while also being able to visit Laos and Myanmar too.

These are some of the places to visit and things to do while crossing borders. 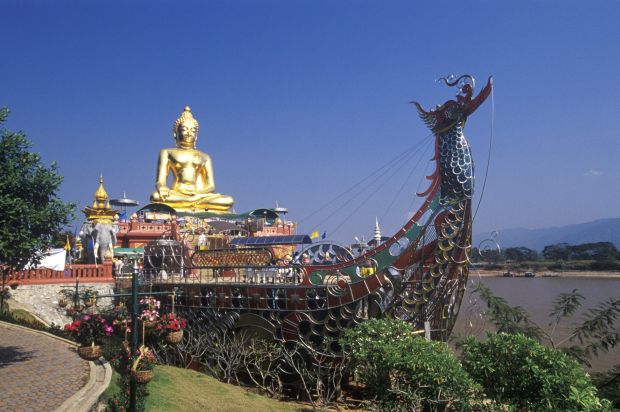 The famous Golden Triangle Buddha statue is situated along the Mekong river.


When in Chiang Mai, animal lovers can visit the Chiang Mai Night Safari featuring three zones – Savanna Safari, Predator Prowl and Jaguar Trail or get close to elephants at the Elephant Jungle Sanctuary Chiang Mai where animal welfare is being prioritized.


As the highest peak in Thailand with 2,565m above sea level, Doi Inthanon is popular destination as it exudes historical significance and is also a sanctuary for many bird species that are not found in other areas of Thailand. Travel beyond to Chiang Dao Cave to witness the beautiful wonders of nature and to experience a culture like no other, visit Padung Village – where you will be introduced to Long Neck Karen ethnic hill-tribe with women wearing brass rings around their necks, ankles and wrists as part of their culture.


The most famous tourist attraction in Chiang Mai is Doi Suthep. Doi Suthep is about 12km outside of Chiang Mai and is a mountain that has a fantastic view over all of the city. Standing at 5400 metres, the mountain also houses Wat Phra That Doi Suthep - a 13th century temple that is home to a large white elephant shrine as well as a replica of the Emerald Buddha. 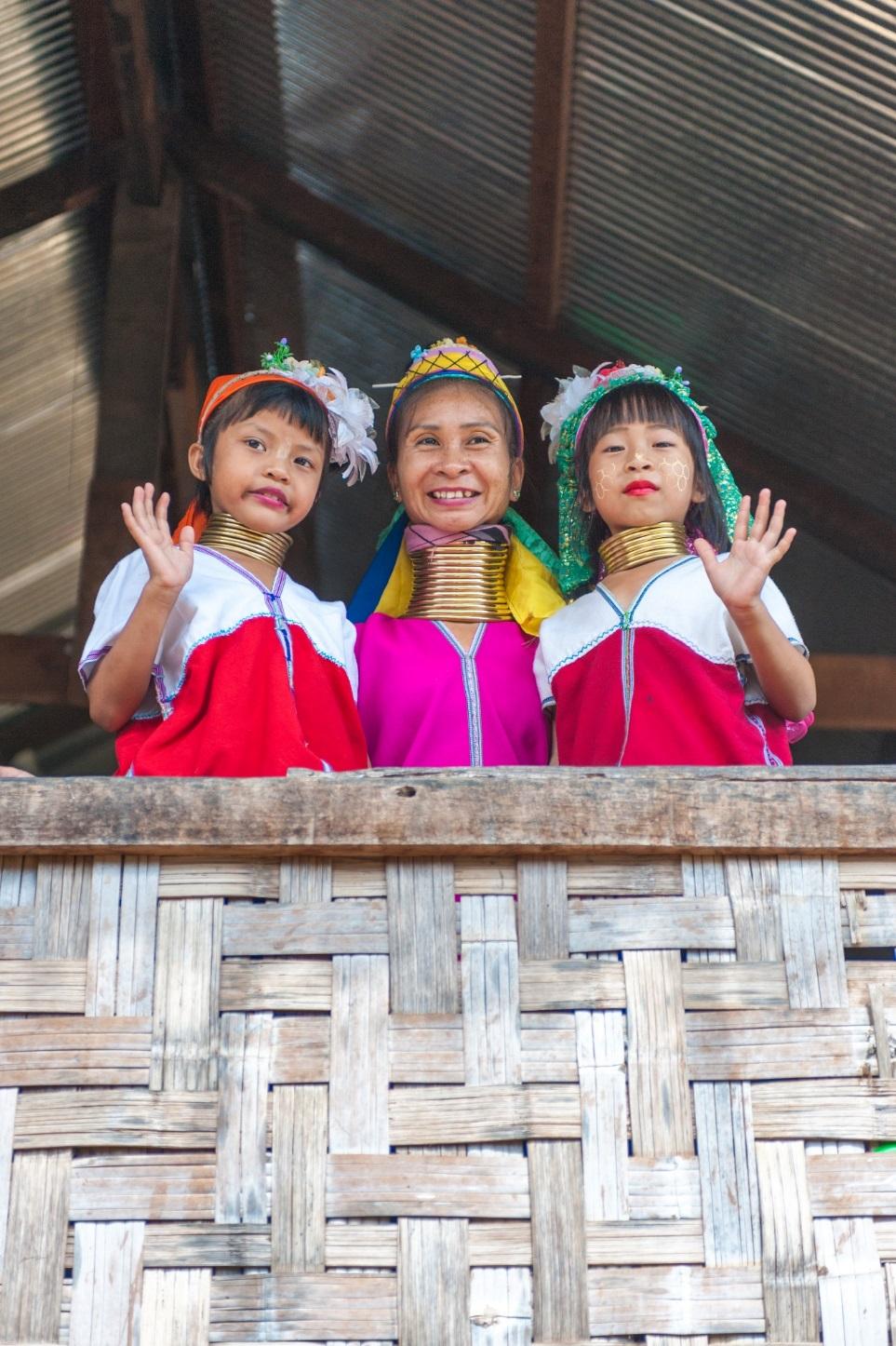 
The Grand Canyon in Chiang Mai is a new tourist attraction boasting spectacular views and fun activities for the family. An old soil quarry this place is still very much unknown, it is a huge canyon that is now filled with water and is now estimated to be forty meters deep.


From Chiang Mai, you can take a 3-hour drive further north to Chiang Rai. When in Chiang Rai, be sure to pay a visit to the Golden Triangle Park. Known for its beautiful scenery, you can take in the sights of three neighbouring countries – Thailand, Laos and Myanmar – and the Mekong river, a hilly landscape with its small villages and hilltop temples.


Other sights in the area include a large golden Buddha statue seated in a boat, on the banks of the Mekong river, accompanied by two large elephant statues carrying miniature stupas on their backs, an ancient temple on the hill and the House of Opium Museum. 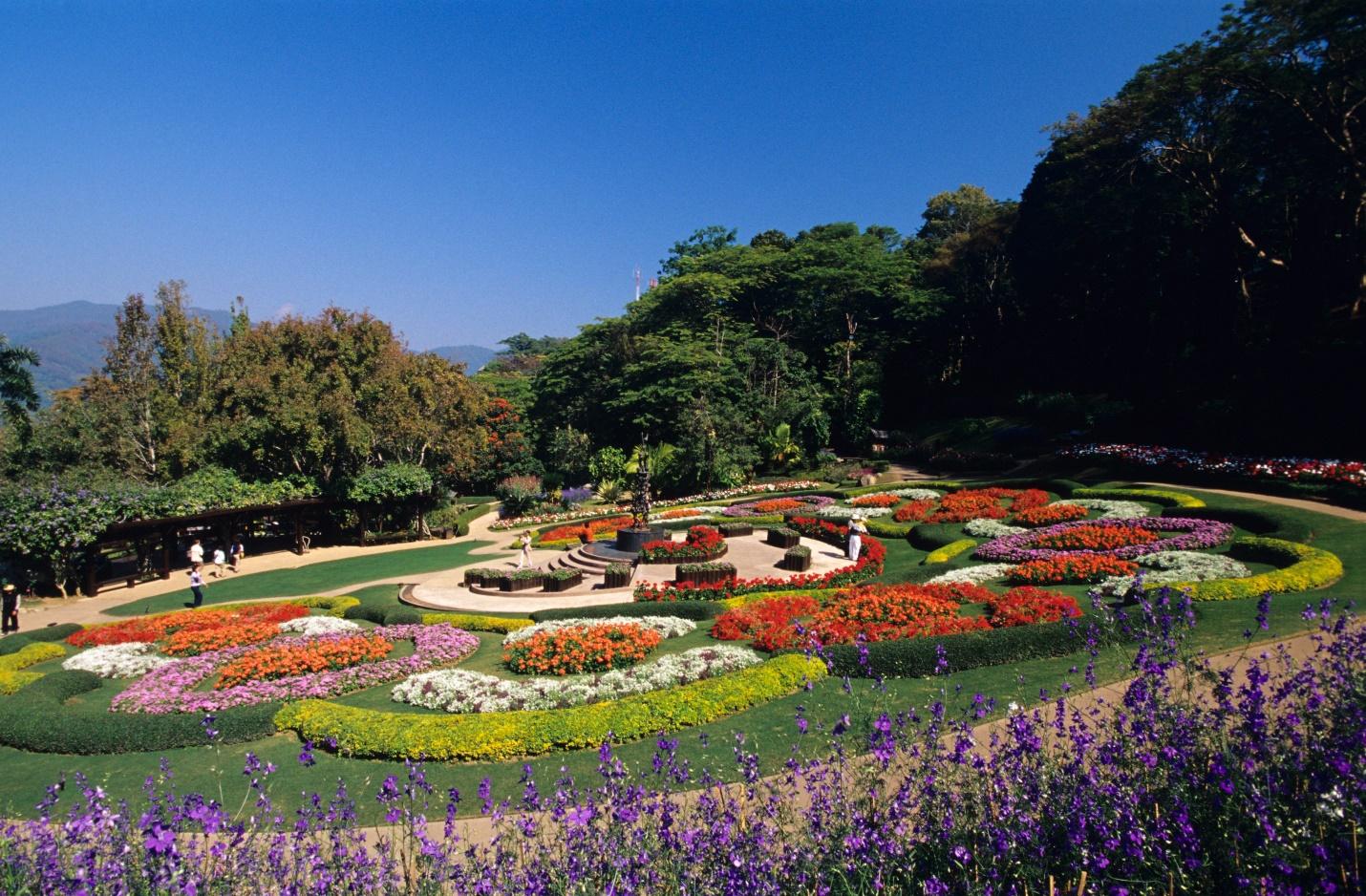 Take a breather and smell the beautiful fresh flowers.


Besides, other must-visit places include taking a stroll around the Mae Fah Luang Garden which is filled with over 100 different species of flowers, visiting renowned temple Wat Rong Khun where paintings of popular culture are hidden in the interior’s murals, sipping on local Singha beer at the Singha Park and going on a self-guided tour at Doi Tung Royal Villa which is the late Princess Mother’s Swiss-inspired villa to learn more about her Royal Project. 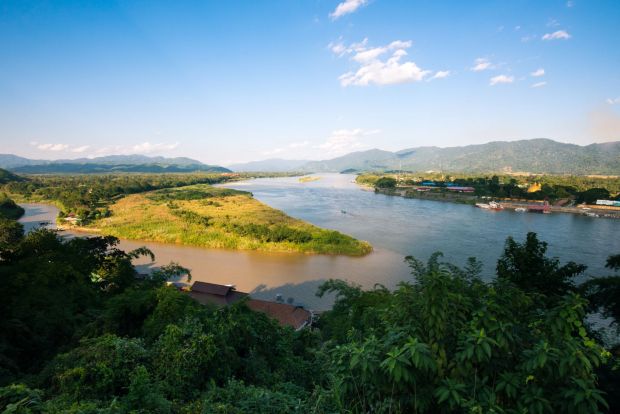 The view from The Golden Triangle Park.


Take a long tail boat trip on the Mekong river to get up close and personal with all three countries along the shores of Thailand, Myanmar and Laos. Boats can be chartered for trips – lasting about 20 to 30 minutes - while a trip to Chiang Saen and beyond will take approximately one-and-a-half hours. 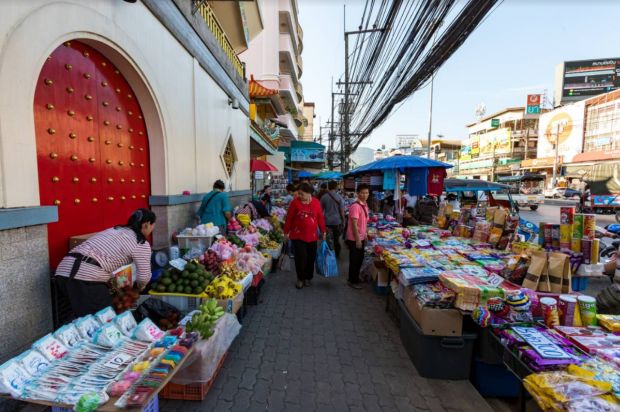 Myanmar’s Tha Khi Lek market for all your shopping needs.


Once there, you can either visit the Mae Sai market, Tachileik market or both. Having been a popular shopping district for decades, these two markets are located just between the border of Thailand and Myanmar. That said, you can feel and experience the contemporary commercial ambiance of these two nations simultaneously.


If you want to extend your experience, there are also tour services taking you to Chiang Tung, Myanmar, which is approximately 160km north by road. 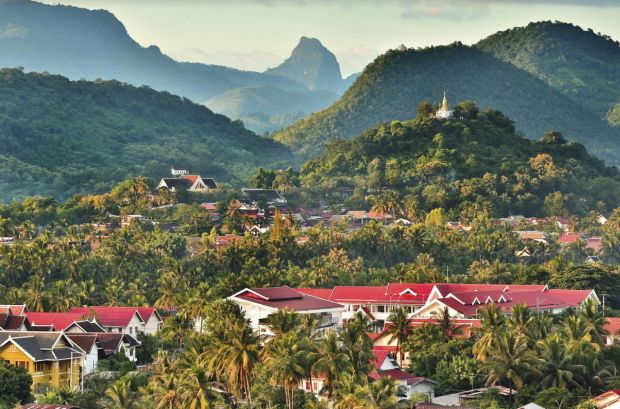 You can also visit beautiful Laos from Chiang Khong, Thailand.


In Chiang Khong, a district in the north-eastern part of the Chiang Rai province, travellers are big on crossing over to Huay Xai, Laos and making a trip to Luang Prabang, a popular Unesco World Heritage site. It is also a hotspot for tourists and expats for border runs, where they hop over to a neighbouring country and returning to Thailand again to extend their stay.


Filled with various eye-opening escapades - swimming in the Mekong river at Sunset Beach, visiting the fourth Thai-Laos Friendship Bridge and giving alms to the monks by the Waterfront promenade on weekends between November and February - Chiang Khong will leave you spiritually enriched by the end of your trip.


As for foodies, you may want to try out local food at Baan Pheun Rim Khong. Although it may look a bit run-down, the food there is actually really tasty, serving mostly fish-based dishes such as Plaa Khao Phad Chaa – stir fried fish served with a variety of herbs and spices.

If you are looking for reasonably-priced souvenirs and handicrafts to reminisce your trip later on, check out the Walking Street Market, which happens every Wednesday and Saturday from November to May.


What better way to unwind than to experience a time of simple living by watching villagers go about their day while visiting a café and enjoying a relaxed lifestyle. Otherwise, you can simply rent a bike and ride around town to explore the different parts of Chiang Khong before moving on to your next destination.


AirAsia flies direct daily to Chiang Mai. Book your tickets now on airasia.com. Promo fares for BIG members only to both destinations on one-way economy fare is at RM109.


This article is brought to you by Tourism Authority of Thailand.