KUCHING: A crocodile has been captured in Sungai Bako near here after it got entangled in a shrimp net.

Sarawak Forestry Corporation's wildlife team's Wan Mazlan Wan Majian took about 45 minutes to tie up the crocodile and secure it to his boat.

He and his team then brought the reptile to the jetty at Kampung Bako on Wednesday (June 26).

The female crocodile, measuring about 3.6m-long and estimated to weigh 200kg, was then hauled by a crane from the river into a lorry to be transported to the Matang Wildlife Centre.

Wan Mazlan, who has about 28 years' experience catching crocodiles, said he received a call from Kampung Bako villagers at about 6.10am.

He said the villagers asked for help as crocodiles were frequently seen in the river, so he placed a bait to snare the reptiles.

"When I got here, I found that the crocodile had taken the bait.

"Then it got stuck in a net put up by the villagers to catch shrimp," he said, adding that this was the fifth time he had captured a crocodile from Sungai Bako this year. 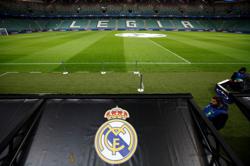 Polish football supporters to return to stadiums from June 19 - PM 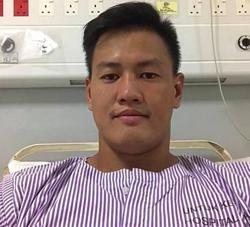