SEPANG: The Customs Department has seized 5,255 baby tortoises from two suspects on transit to India.

In a press conference at the department's office here, Central Zone Customs assistant director-general, Datuk Zulkurnain Mohamed Yusuf said that the seizure was made on June 20 at KLIA2.

"The two men had just arrived from Guangzhou, China. The checks conducted on their luggage led to the discovery of the red-eared slider tortoises.

"They were kept in baskets placed in their suitcases," he said.

Further inspections on the animals showed that not all survived the trip, as the suitcases had no special tools or food to keep the tortoises alive. 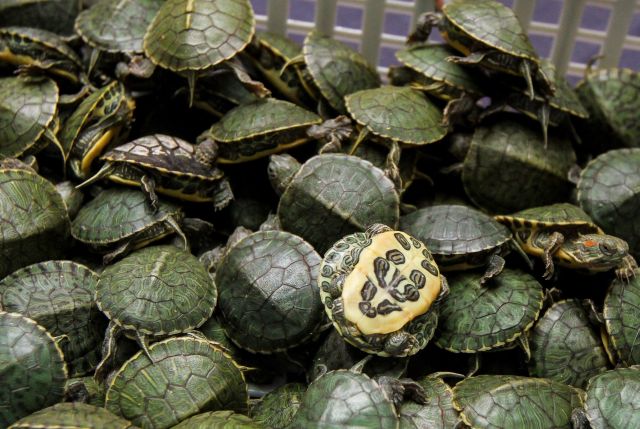 "The importation of tortoises without licence is an offence under the Customs Act 1967.

"Both suspects have been remanded and will be charged in the near future," he said.

The tortoises, he added, would be handed over to the Wildlife and National Parks Department (Perhilitan).

"The first was arrested on June 19, after he arrived from Hyderabad, India. 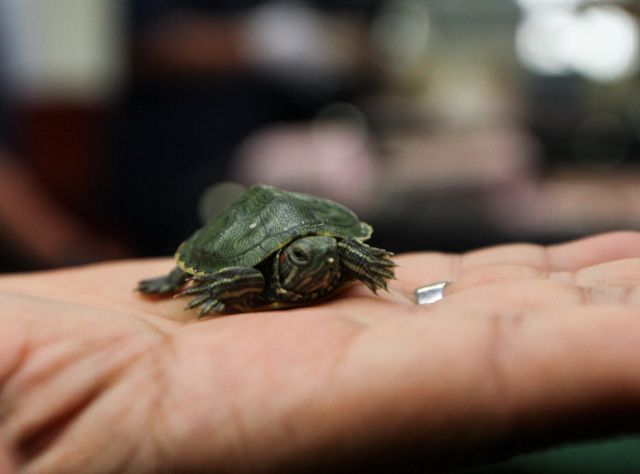 "Scans of a box showed a suspicious image within. Further checks led to the discovery of a packet holding around 6.6kg of what we believe to be methamphetamine," Zulkurnain said.

The second case occurred the next day, around 1.30am.

A man who had just arrived from Bengaluru, India had his begs scanned. Again, suspicious images from the scans led to a more thorough search.

"We found 15 small packages hidden in three boxes that had been modified. In total, around 7.74kg of the same type of drugs were found," he said.

The combined worth of both drug seizures was estimated to be around RM717,000.

The two suspects are not thought to have any other links with each other, aside from the similar modus operandi.