‘Azmin should take a break’

PETALING JAYA: Datuk Seri Azmin Ali should take a break from his official duties as the Economic Affairs Minister until investigations into a sex video implicating him and a 27-year-old is completed, says Otai Reformasi chairman Dr Idris Ahmad.

“We are proposing that Azmin be given a ‘break’ from his official duties to allow the police and Malaysian Anti-Corruption Commission (MACC) to conduct its investigations into the sex video which involves his image.

“This is to preserve the good name of the Pakatan Harapan government in Putrajaya,” he told reporters during a press conference yesterday.

“In 1998, Anwar was sacked and punished before police investigations commenced. But in 2019, Dr Mahathir’s statement is very different.

“We hope Dr Mahathir will not practise double standards and be one-sided in commenting on the video,” he said.

While Haziq made a confession on Facebook that it was him and Azmin in the video, the latter slammed the allegations as a nefa­rious plot to end his political career.

At the press conference, the Otai Reformasi group also pressured Dr Mahathir to set a clear time frame to hand over the premiership to Datuk Seri Anwar Ibrahim.

Dr Idris said the lack of clarity on the plan to hand over the reins to Anwar has caused distrust among Pakatan leaders in Dr Mahathir’s sincerity in stepping down.

“Dr Mahathir should set a date on when he plans to hand over the prime minister position to Anwar,” he said.

The power transition issue has been a contentious one, as no formal time frame has been set by Dr Mahathir, although the 93-year-old has repeatedly said that he will hand over the premiership to Anwar.

Last February, Anwar said he expects to be prime minister in not more than two years’ time, adding that Dr Mahathir must be given enough space to govern effectively during “very difficult and trying times”.

Dr Idris said it would be better if Dr Mahathir resigned as soon as possible to make way for Anwar to take over the premiership.

“But it’s okay, we give them some time on how to transfer his position to Anwar,” he said.

Dr Idris also sent a strong message that Otai Reformasi would act if the candidate for premiership was not Anwar.

“In consensus, the eighth prime minister must be Anwar. After that, it doesn’t matter. That is the agreement,” he said.

Pressed over the matter, other Otai Reformasi members, whose names were not known, said they might take matters to the streets if Anwar was not made prime minister.

“I say it’s possible, we will go down the streets again,” said an unidentified individual.

“Dr Mahathir has not performed to the aspiration of Pakatan and society to put forward a government that is just. That is the reason we are here,” he said.

The group, which was set up following Anwar’s sacking as deputy prime minister, is known for being pro-Anwar. 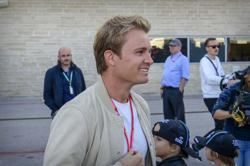