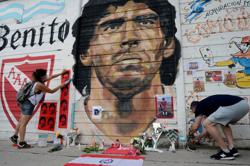 BEIJING: Some 180 sanitary trucks will use biodiesel containing Malay­sian palm oil in a pilot project to test its feasibility on Chinese vehicles.

The programme will be carried out by Tsinghua University in collaboration with Beijing TUS-Deqing Bioenergy and the Malaysian Palm Oil Board (MPOB).

Primary Industries Minister Teresa Kok, who is in China to promote palm oil, witnessed the signing of the memorandum of agreement (MoA) between the three parties.Kok said the project was expected to start in the next few months.

She said for a start, 180 sanitary vehicles in Zhaoqing, southern Guangdong province, would be filled with blended biodiesel containing 5%, 10% and 20% of palm oil respectively.

“It will be conducted for 20 months, including 12 months of field trials.

“They need to study the biodiesel performance on these vehicles throughout the four seasons as palm oil is a tropical oil and the cold temperature causes it to solidify,” Kok said.

Beijing TUS-Deqing Bioenergy is a subsidiary of TUS Clean Energy, a commercial arm of Tsinghua University.

Kok said the university, a top research institution in China, also planned to invest in a project to modify an existing biodiesel plant in Malaysia using its enzymatic technology.

“Some of the biodiesel products manufactured at this plant will be exported to China,” she added.

The MoA is a follow-up to a memorandum of understanding (MoU) signed between Tsinghua Univer­sity and MPOB during Prime Min­ister Tun Dr Mahathir Mohamad’s visit to China in August last year.

The MoU paved the way for the two parties to jointly develop prog­rammes to promote Malaysia palm biofuel in China and carry out technical research on the use of palm oil in various sectors, including feed stock and transportation.

Currently, Malaysia has implemented the B10 programme (10% palm biodiesel and 90% petrol diesel) in the transportation sector nationwide for several months.

“So far, there have been no complaints. We hope to increase the biodiesel blending to 20% soon in light of the invaluable benefits of green energy,” Kok said.