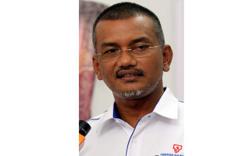 MELAKA: Tenaga Nasional Bhd (TNB) has reaffirmed that its smart meter system works efficiently and there is no misreading on the actual monthly power usage.

The company said it was aware of the complaints from consumers that their monthly bills had soared drastically since converting to the smart meters.

“It was discovered that the readings were accurate. The previous charges were low due to several factors, including meter tampering,” the company said in a statement yesterday.

It added that consumers, however, could still visit the TNB office at Jalan Banda Kaaba from tomorrow until Friday 28 during office hours if they had doubts over their bills.

“Reimbursements will be given if users are overcharged,” it said.

Earlier this month, Chief Minister Adly Zahari urged TNB to ensure the smart meter system was implemented properly, including its myTNB application that allows consumers to monitor their electricity consumption via their smartphones and help them reduce usage.

“There are several problems that TNB must look into. For instance, what is shown on myTNB is not the same as on the meter.

“The application is also said to often be disrupted and difficult to access,” he said.

Melaka is among the pioneer states to introduce the smart meter and to date, over 300,000 households are already using it.