Malaysia hopes to learn from Britain to come up with Climate Change Act, says Yeo

The Energy, Science, Technology, Environment and Climate Change Minister said Malaysia will look at Britain's success stories, as well as lessons it could learn since applying the Act 11 years ago.

"Malaysia will be doing a scoping study on whether or not there is need to have our own Climate Change Act.

"We would like to work with the British government and learn from their experience in coming up with their Climate Change Act. We want to learn from their success stories and also mistakes, if any, that we can avoid,” said Yeo at a press conference here on Thursday (May 16).

She was speaking after witnessing the exchange of cooperation letters between Malaysia Green Technology Corporation (GreenTech Malaysia) and the British government.

This would mark a four-year collaboration to strengthen, promote and develop climate change and low carbon transition between the two nations based on equality and mutual benefit.

Yeo said the scoping study is expected to be completed by January next year, adding that it would take up to 24 months to formulate the Act and table it in Parliament - should Malaysia decide to legislate the Act.

"We have just celebrated the 10th anniversary of the Climate Change Act which was a very popular and effective piece of legislation.

"I should stress that every country does the law in its own way according to local conditions,” said Bridge at the press conference.

On the collaboration programme, Yeo said it benefited Malaysia on addressing critical climate change initiatives, including the scoping study, as well as capacity building through skills-share and secondment of technical assistance.

She added that it will allow Malaysia to study and adapt the UK 2050 Pathway Carbon Calculator to the Malaysian context. Keeping the world focused on climate change is a nonstop job 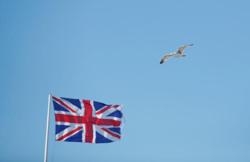