When trash is cash 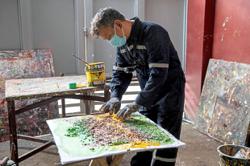 KLANG: Anybody who doubts that trash is cash is ignoring the fact that Malaysia’s plastic waste crisis is far from over despite an ongoing crackdown on the illegal processing of this waste.

It is believed that the plastic waste keeps finding its way to our shores because global syndicates are making lots of money by using our country as a junkyard.

“We need to stop (the waste) at the ports. We believe that there are syndicates making huge profits from importing such waste from developed countries,” she said.

She added that international cooperation was needed to take down these global syndicates.

At the end of April, she said, Malaysian representatives would be sent to the Conference of the Parties to the Basel Convention to speak out against this problem.

“These representatives will air these problems and we hope to tackle these syndicates with other countries,” she added.

The Basel Convention is an international treaty aimed at reducing the movement of hazardous waste between countries.

Yeo said findings from an investigation found that plastic waste was still being smuggled into Malaysia from developed countries such as the United Kingdom, Australia, the United States and Germany.

“They are falsely declaring it as (HS Code) 3920 plastics, which doesn’t need a permit and can enter the country,” she said.

The HS (Harmonised System) Code is a coding system to classify products when they are declared at the customs checkpoints.

Some 111 containers with contaminated plastic unfit for recycling remain unclaimed at Westports in Port Klang. There are another 18 in nearby Northport.

Yeo added that her ministry would be going “full force” to clamp down on those responsible for illegal plastic waste imports over the next month.

She warned forwarding agencies to be extra careful with clients importing plastics, adding that the government had the right to revoke the agencies’ licences if their clients made false customs declarations.

The forwarding companies, she said, had the right to open up the containers should they have suspicions about the contents.

Yeo also added that to date, 148 plastic waste factories had been shut down.

In the meantime, she said, exporters of such plastic waste would be told to take back their waste in about three months’ time as specified under the Basel Convention.

“Malaysia will not be the dumping ground of the world.

“Exporters, forwarding companies – they have to send back (the waste) to the countries of origin,” she said, adding that they would be the ones bearing the cost of sending back the waste.

The authorities had aimed to shut down all illegal plastic waste recycling factories nationwide by July.

This goal was set after the government surpassed the initial target of closing at least 100 such premises before the first quarter of the year.

Illegal plastic waste became a cause of concern among Malaysians when a 2018 joint investigation into plastic recycling factories in Kuala Langat by Greenpeace Malaysia and the Kuala Langat Environmental Protection Association found that Malaysia took in plastic waste from at least 19 countries.The report said that between January and July, Malaysia imported 754,000 tonnes of plastic valued at RM483mil.

According to Greenpeace, only 9% of the plastic waste are clean plastic that can be recycled. 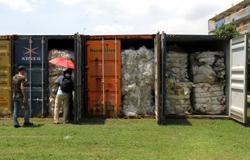 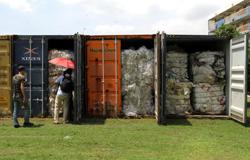