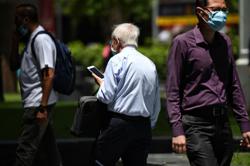 Striving for change: Among the attendees at the EA autism awareness seminar were police personnel led by Bukit Aman DCP Datuk Lee Bee Phang and SAC Munusamy who shared that the police force has recently reviewed guidelines and SOP on handling suspects with autism.

BEFORE I was employed, I failed six interviews. There was one particularly striking interview where I did well, but I had disclosed in my application form that I was autistic. I didn’t get the job,” said MMC-Gamuda Joint Venture Sdn Bhd document controller Emelyn Lee.

Lee told her story in a matter-of-fact manner, echoing the innumerable stories of other individuals on the autism spectrum disorder (ASD) in Malaysia who struggle to find gainful and sustainable employment.

What made a difference in her life – and in the lives of others like her – was Yayasan Gamuda’s EA.

Less than a year after its official launch, EA has made a strong impact in driving change for people with autism in workplaces, which it wants to further build on in the years to come.

The academy partners with companies to create beneficial employment for 20 professionals with ASD yearly. Its Employment Transition Programme (ETP) enables those with ASD to integrate with ease into the corporate world.

What the EA does is teach and equip young adults with high functioning autism with soft skills and practical training. Keen interest: Bates answering questions from the floor during the Enabling Academy’s Autism Awareness Seminar at Menara Gamuda in Petaling Jaya. With him are Runswick-Cole and Goodley. The University of Sheffield professors and researchers were in town to speak at the seminar.

Job matching is carefully done for every EA graduate in consideration of the job scope, company location and work environment.

This also requires training and guidance for the partner companies which comprise corporations and SMEs to create a support system for sustainable employment.

UK-based Mutually Inclusive Partnerships director Keith Bates lauded EA’s efforts as “fantastic and inspirational”, adding that the industry-driven initiative can make significant impact with an eye on the pulse to flexibly adapt to changes.

Bates, who together with two professors from University of Sheffield were speakers at the seminar, said: “What’s really impressive about the programme here is that it’s being driven by business. We’ll take stories back to the UK and explore how we can take this success and mobilise it in the UK context.”

In the United Kingdom, such initiatives are typically led by government policies and institutions of higher learning, despite the fact that there are several corporations looking at diversity as a business imperative and competitive advantage.

“There’s recognition of the added value and contribution that disabled people make to the company,” said Prof Katherine Runswick-Cole, chair in education and director of research at the School of Education, University of Sheffield.

“Instead, it is about bringing new ways of thinking to diversify the workplace and make it a better place to be for all employees,” she said.

The University of Sheffield researchers shared that the focus on partnership-building with businesses, in addition to holding the right aspirations and providing the right support through strong leadership, is what makes a successful employment transition programme.

Recognising the need to be more inclusive, change is also afoot in the public sector in Malaysia.

Government ministries are looking into ways to work with the police force to support individuals living with ASD.

“On matters of crime allegedly committed by an autistic individual, he/she will be released immediately on police bail after documentation.

“If the alleged offence is serious in nature and unbailable, expert opinion would be sought before detaining that individual.

“In the long term, we need to take into account the need to improve the well-being of people with ASD in a more holistic approach,” said SAC Munusamy. 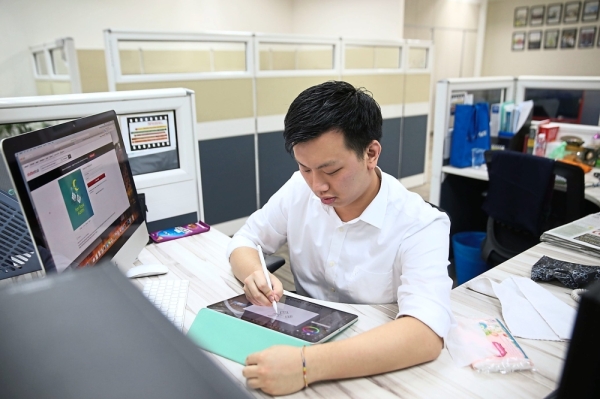 Career path: Kennard is working at DRB-Hicom, an inclusive employer that provides job opportunities for people with ASD. There are currently six EA graduates employed at DRB-Hicom.

In line with that, the EA is prepared to work with relevant government agencies to promote its ETP to people with ASD nationwide. The three British experts in autism studies suggested that the best way forward is to drive policy through dialogues with industry players such as the EA as well as non-governmental organisations (NGOs), championing the agenda of the ASD community.

“Clearly enabling practices are person-centred, in that good practice makes people the centre of support in the workplace,” said Dan Goodley, professor of disability studies and education at the University of Sheffield.

“There has to be commitment to change, not only in organisations but in society. This is part of the process to ensure our society is more inclusive, not just accepting but celebrating the lives of disabled people.”

He added that these ongoing conversations are often driven by the ASD community’s ambitions and aspirations through NGOs, and that recognising the importance of the voices of disabled people is one of the key success factors for ETP.

Established in 2016, the EA was built on the back of Gamuda Bhd’s success with its Project Differently-Abled that started in 2013, as part of its diversity and inclusion initiative.

Of the 30 graduates from EA’s first three batches, 21 have been successfully placed in employment.

Of the remaining nine, some are still under internship, some were recommended to work in social enterprises, while the rest went for higher education or further vocational training to better equip themselves for competitive employment.

Of Batch 4, seven out of nine graduates have found jobs and will be employed by end-April, with roles ranging from retail associate to mechanical engineer. 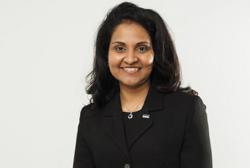 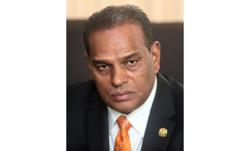