TWO groups – one supporting and another opposing Lynas’ rare earth processing plants in Malaysia – held peaceful demonstrations on opposite sides of the road in front of Parliament yesterday.

The demonstration against Lynas’ operations, which saw the participation of 61 NGOs, was led by Selamatkan Malaysia dan Hentikan Lynas (SMHL).

SMHL chairman Tan Bun Tee said that the operating licences of the Australian company should be suspended in order to stop environmental pollution.

“We regret what has happened. The Pakatan Harapan government should have kept its promises and not allowed a dangerous factory like Lynas to operate in the country.

“We don’t want Lynas to be in Kuantan. Why must Kuantan accept a factory like this? The Pakatan government should listen to the people. Please shut down this factory!” 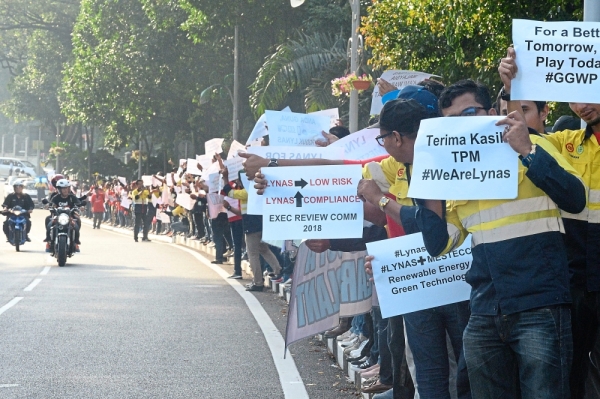 Having their say: The pro-Lynas group (above) and those against the rare earth mining company protesting from opposite sides of the road leading to Parliament House.

He also took a shot at the Entrepreneur Development Minis­ter Datuk Seri Mohd Redzuan Yusof for supporting the operations of Lynas.

During the demonstration, cries of “save Malaysia” and “stop Lynas from polluting our environment” by participants from the group against Lynas were heard. They gathered at 9am and left around 11am.

The pro-Lynas group, on the other hand, was led by Lynas’ Radiation Safety, Regulations and Compliance general manager Prof Dr Ismail Bahari. 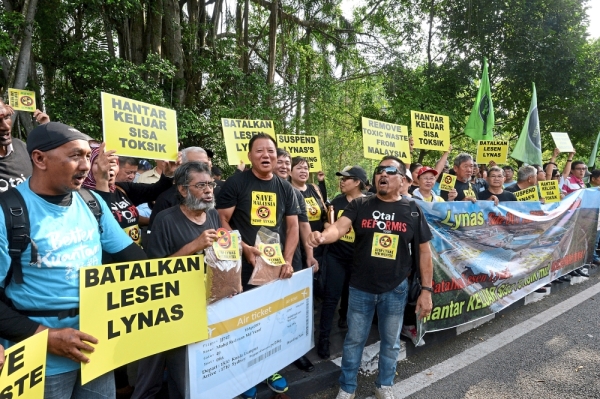 Ismail, who led a group of Lynas workers, stressed that the company had conducted its operations safely for six years.

“We Lynas workers can confirm that our qualifications and experience in handling this factory have always prioritised the safety of ourselves, colleagues, community and environment,” he added.

The pro-Lynas group left around 10.15am. It has been reported that Lynas is considering initial ore processing close to its Australian mine, after the government mounted pressure against the rare earth mining company. Last Friday, Prime Minister Tun Dr Mahathir Mohamad said companies interested in acquiring Lynas had pledged to remove low-level radioactivity before shipping raw materials to the country.