But it was very different just some 10 years back when the water was clear, clean, and fish could be seen swimming in it.

Residents claimed that due to tin mining activities upstream, hundreds of dead fish would be found floating on the river when it rained heavily in the past few years.

Mohd Sapuri Ahmad, 72, from Kampung Terunai along where Sungai Rui flows, said his catch had dwindled over the years.

“I catch fish part-time but I will not do so for weeks after seeing dead fish. The river is just the colour of teh tarik,” he said.

His 35-year-old son Ibrahim said he used to swim in the river until the water started to become murky and silted.

“It is very sad that the once crystal clear river is now so polluted,” he said.

Osman Ahmad, 70, from Kam­pung Bongor, who often goes fishing along the river, said he develop­ed white patches on his right hand about 10 years ago.

“I am not sure what caused the condition. I have also heard of people complaining of itchiness on their skin but we do not know if all this has any connection to the ri­­ver’s condition,” he said.

Jamaliah Osman, 43, whose husband runs a workshop making awnings over at Kampung Batu 6 near the river, said during heavy rains fish would die.

“I have also seen dead iguanas ... the situation has worsened since 2015.

“I don’t know what the tin mining companies are releasing upstream each time it rains,” she alleged.

Yearly from September to Decem­ber, people from as far as Kedah and other states come here to catch ikan loma, the freshwater fish found in abundance at the river when in season and popular for ma­­king pekasam (preserved fish).

Hundreds of thousands of the fish migrate from downstream Sungai Perak to lay eggs at Sungai Rui and upstream of Sungai Perak near Bersia Dam area.

Villagers interviewed blamed ir­responsible tin mining activities at the upstream of Sungai Rui here for causing the river to be polluted.

Yeong Lim Leng, 66, of Kampung Baru Kuala Rui, claimed that there were several companies from China conducting mining activities in Peng­­kalan Hulu and that they were releasing some form of chemicals into the river.

“There are several small companies operating nearer to the up­­stream, and just three weeks back, the water was really murky and there was dead fish along the river,” he claimed.

Yeong, who is also a Gerik district councillor, said he would raise the issue in the next board meeting.

He claimed that there was a filter placed there previously by one of the companies but that process was not being followed now, thus causing the chemicals to flow into the river directly.

“I planted lemons along the river but the trees did not survive probably due to the arsenic levels found in the water. The land is no longer suitable to plant anything,” he said.

“I heard the bigger mining companies have also sublet part of the activity to the smaller ones and they probably are not adhering to the rules and regulations,” he said.

He hoped the authorities would take measures to address the pro­blem.

He said pH levels showed the presence of heavy metal, particularly a small amount of arsenic, and that the state was taking steps to prevent the situation from beco­ming serious. 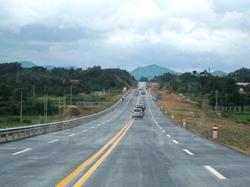