An agreement on the matter was announced by Malaysia's Transport Minister Anthony Loke and Singapore Minister for Transport Khaw Boon Wan on Saturday (April 6).

In a joint statement, both ministers said the agreement was made in the spirit of bilateral cooperation.

The agreement, said the statement, was implemented by the civil aviation authorities of both countries on April 5, 2019, at 11.59pm.

"With this agreement, the Transport Ministers look forward to FlyFirefly Sdn Bhd's commencement of flights to Seletar Airport effective April 2019," the statement said.

The statement said both Transport Ministers noted that a high-level committee had been set up to review the Operational Letter of Agreement between Kuala Lumpur and Singapore Area Control Centres Concerning Singapore Arrivals, Departures and Overflights 1974.

Firefly had suspended all its flights to Singapore since Dec 1, saying its services would resume once the relevant authorities sort out regulatory issues with regard to its move to Seletar.

On Dec 5, Loke told the Dewan Rakyat that Malaysia would issue a protest note to Singapore over the operation of the ILS for Seletar Airport near its border with Johor.

The protest note by Wisma Putra follows Singapore's decision to start broadcasting ILS early this year despite Malaysia's decision not to allow it on grounds that it will infringe the nation's sovereignty and airspace near Pasir Gudang just 2km away. 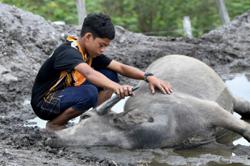 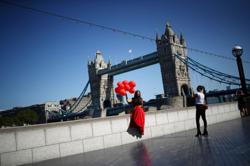 Pasir Gudang MP: Johor may be next to hold snap polls