JOHOR BARU: A used tyre-processing company and two of its directors pleaded not guilty at the Sessions Court here to a total of 45 charges for polluting Sungai Kim Kim in Pasir Gudang.

They were alleged to have committed the offences on March 12 at around 12.25pm at P Tech Resources Sdn Bhd, located at Jalan Nibong 2 in the Tanjung Langsat Industrial Area.

The two were also alleged to have caused air pollution for failing to carry out regular monitoring under the same rule at the same location, time and date.

Wang and Yap could be fined a maximum of RM100,000, jail up to two years or both upon conviction.

The two also pleaded not guilty on the company’s behalf.

Sessions court judge Jailani Rahman set bail at RM15,000 for each of the accused involved in the scheduled waste charges and another RM3,000 for air pollution. 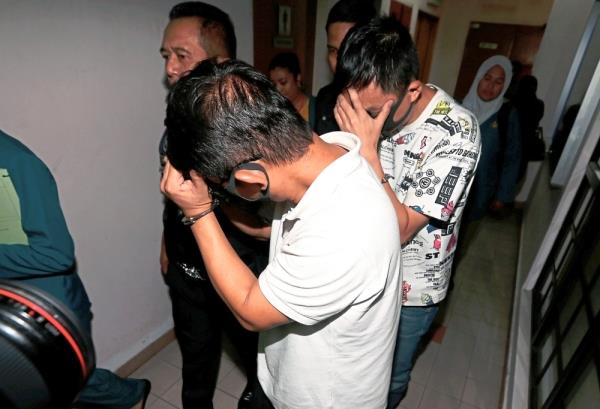 Waiting for trial: Yap (left) and Wang pleaded guilty for themselves and on behalf of their employer, P Tech Resources. — Bernama

The mention date has been fixed for April 30.

Jailani also ordered Wang to have a Malaysian surety and to report to the Pasir Gudang police station on the first day of every month until the case is over.

On Sunday (March 24), Wang and Yap, together with the company’s lorry driver N. Maridass, were also charged for allegedly dumping chemical waste into Sungai Kim Kim, an offence that falls under Section 34B(1)(a) of the Environ­ment Quality Act 1974.

Yap and Wang were also charged under Section 42 of the same Act.

If convicted, they can be jailed up to five years and fined a maximum of RM500,000.

Yap was ordered to hand over his passport while Wang was not offered bail, as he is a foreigner. 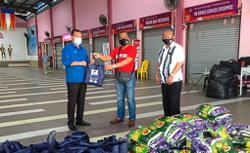