Noor Rashid to spend retirement farming and writing on the police

KUALA LUMPUR: It’s farming and writing now for Tan Sri Noor Rashid Ibrahim as he ends his 35 years of illustrious career in the police force.

The Deputy Inspector-General of Police received his last salute as a policeman yesterday at Pulapol, the very place that moulded the kampung boy into a no-nonsense law enforcer.

“Being a policeman changed my life,” he said in his farewell speech.

“It turned this kampung boy into something more.

“I’ll miss you (the police force). I’m happy to go, to be with my wife and family.

“But I’m sad to leave all my officers who had been with me during my difficult times.”

Noor Rashid, who was appointed Deputy IGP in 2014, admitted that walking through the doors of the police training centre one last time as a policeman brought back memories of his early days.

“I was trying to control my emotions for the past few days. I thought I was strong but at times l became very emotional.

“When I walked past the marching grounds earlier and saw the dozens of new policemen being trained, my emotions got the better of me.

“Normally after we graduated, some will say ‘goodbye, I will never see you again’ to the marching grounds. I had the same feeling as well but I was wrong.

Among those present at the event was Noor Rashid’s squadmate IGP Tan Sri Mohamad Fuzi Harun.

Speaking to newsmen later, Kedah-born Noor Rashid said he would indulge more in his favourite hobby now that he was not after criminals any more.

“I have some land near the Thai border.

“I want to enjoy my life so I’ll plant whatever I want. (The media) can come and take (the plant), I give free,” he quipped when asked about his retirement plans.

Noor Rashid also said he planned to explore social media more by writing about the police force and the struggles they faced.

“The public should know,” he said.Mohamad Fuzi in his speech said he and Noor Rashid started their career together on Jan 8, 1984.

“He is the 27th to retire from that squad and God willing, I will be the 28th in May.

“Noor Rashid has always been the pillar of my strength and the winds beneath my sails.

“It’s time for the police force to return him to his family for him to spend quality time with his wife, children and grandchildren,” said Mohamad Fuzi.

Mohamad Fuzi said Abdul Hamid would hold the post in an acting position until an official decision on the matter is made. 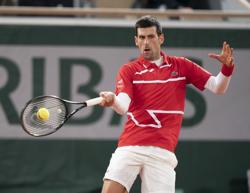