KOTA KINABALU: Sabah’s tourism has set a new record in 2018 with the highest tourism receipts ever at RM8.342bil on the back of a record-high 3.879 million arrivals.

Overall gross international arrivals recorded a double-digit increase of 10.2%, while domestic arrivals increased by 2.8%,” said Liew, quoting statistics compiled by the Sabah Tourism Board (STB) under her Tourism, Culture and Environment Ministry.

Liew said the top market source was China, which surpassed the half million mark in tourist arrivals with a total of 593,623 Chinese tourists visiting Sabah in 2018.

As of December 2018, direct flights from China to Kota Kinabalu International Airport (KKIA),totalled up to 125 flights per week, she said.

The second highest arrivals was still South Korea with an increase of 8.5% or a total of 337,100 visitors, while the Singapore market grew by 9.1%, she added.

“I'm very pleased with our performance in 2018. It was a very good year for Sabah. As of today, we are now connected to 26 international destinations by 12 foreign carriers," said Liew.

“We will be emphasising more on domestic tourism into Sabah since we have opened up many new tourism areas in the state’s interior and the east coast,” she said on Tuesday (Feb 19).

Liew also said that there were currently 444 flights connecting Peninsular Malaysia, Sarawak and Labuan to Sabah with a seat capacity of close to 75,000 weekly, which reflected potential of pushing domestic tourism further.

"Tawau too is expanding its connectivity with a direct flight to Kuching. 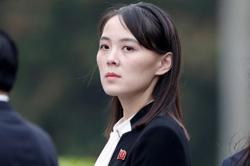