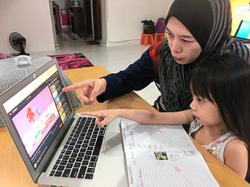 It can be frustrating when a laptop takes a long time to boot up, but you can easily cut the time with a few simple steps.

Malaysian Communications and Multimedia Commission (MCMC) network security and enforcement chief officer Zulkarnain Mohd Yasin said it was challenging as illegal content could be obtained from various places on the Internet.

“The borderless nature of the Internet allows for access to content made available by various entities from various parts of the world.

“The main challenge lies in eliminating the dissemination of child pornography at the online source, which tends to reside in foreign regions where there are lax enforcement and limited oversight,” he said.

International cooperation and coordination, he said, was especially needed for the government to effectively make headway into the problem.

Zulkarnain said ISPs currently blocked off access to websites that violated Malaysian laws based on written requests from MCMC or other law enforcement agencies such as the police.

“MCMC also monitors and ensures ISPs’ adherence in blocking off such access,” he said.

He said between 2015 and 2018, access to 401 child pornography websites had been blocked through collaborations between MCMC and the police.

These websites were identified from information gathering activities, public reports as well as from the Interpol’s “Worst of” list containing the web addresses of the worst child abuse websites globally.

“Currently, they are relying on very simple method to block, which can be easily circumvented,” he said, adding that this was mostly limited to blocking the Domain Name System (DNS) or IP addresses.

“In Malaysia and in most countries, the government does not apply deep traffic analysis on the Internet traffic.

“So, unless we have stricter laws to allow authorities to perform deep analysis and proactive hunting, blocking will still remain ineffective,” he said.

“The social media platform owner will need to take the required action to remove it,” he said.

ISPs and telecommunications companies, said Ling, had to comply with directives from MCMC to restrict access to websites deemed illegal.