JOHOR BARU: At least eight statewide government projects, worth more than half a billion ringgit, have been delayed for months and in some cases, years.

These projects, including infrastructure and building completion, have been dubbed “sick projects”.

One of the longest delayed in the state was the new RM89.4mil Iskandar Puteri district police headquarters, which has been delayed since 2016.

Other projects facing delays include the new RM18.9mil Ungku Tun Aminah government clinic and quarters, which has been delayed almost 15 months and upgrading works totalling RM24mil for government quarters in Mersing.

Other projects include a RM23.6mil project to build and upgrade an institute’s quarters in Mersing, a RM15.6mil project to demolish and build new offices at the Muar road transport department and RM6.6mil for a new bridge project in Kota Tinggi.

At least two road upgrading projects between Bandar Penawar and the Pengerang Integrated Petroleum Complex (PIPC) have also been delayed by about seven months.

Both projects involved road expansion from two lanes to four lanes totalling 26.8km and valued at some RM358mil.

Among the problems faced by contractors in these “sick projects” are problems of hiring foreign workers, land acquisition, delays in moving of utility cables and pipes, not being paid on time by the government and not enough machinery.

Johor Works, Infrastructure and Transport Committee chairman Mazlan Bujang (pic) admitted that there were “sick projects” in the state but added that all these projects were given out during the tenure of the previous government.

He said that the new government, both at the state and federal levels, were committed to ensuring all these “sick projects” were rehabilitated and completed. “I have directed the Public Works department to closely monitor these projects and get them completed,” he said, adding that contractors who fail to deliver on their promises would be blacklisted from participating in future projects and would also face liquidated and ascertained damages (LAD).

He added that he and Deputy Works Minister Mohd Anuar Mohd Tahir had gone around to visit two of the projects including the new district police headquarters and the PIPC projects on Tuesday.

“We have been assured that all these sick projects will be completed,” he said, adding that under the new Pakatan Harapan government all projects were mostly done via open tender, which had savings of at least 10% instead of through direct negotiations.

He added that those who got contracts in the past via direct negotiations were not genuine contractors but those who sold their contracts to others for quick gains. 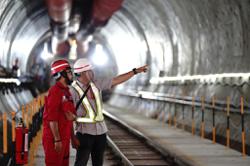 Jakarta-Bandung railway project to be extended to Surabaya 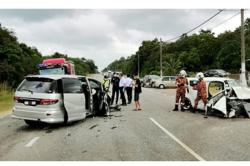 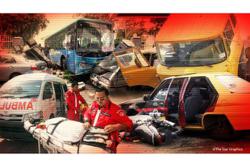