KUALA LUMPUR (Bernama): The Health Ministry has refuted claims that students will have to pay up to RM100 for a medical check-up for admission to government-owned schools, as alleged on social media.

Its secretary-general Datuk Seri Dr Chen Chaw Min said students to all government-owned schools including fully residential schools would only be charged RM1.

On the other hand, Dr Chen explained that students in private schools would be charged RM100 for a medical check-up that covers the basic package (physical examination, X-ray and urine FEME) in accordance with Fees (Medical) Order 1982.

Earlier in a statement, he said the government boarding schools include all schools under the management of the Education Ministry and other government departments and agencies, including the Maktab Rendah Sains Mara, the Royal Military College and the state religious schools.

On Friday (Jan 4), Facebook user Al Khair claimed that he was informed that there was a RM111 charge for a medical check-up for those entering government fully residential schools.

In his posting, Al Khair said that he was informed by the hospital management that the charge was a new government's policy. 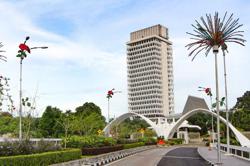