KUALA LUMPUR: Teachers have voiced their concern that technical and vocational graduates will end up unemployed unless the syllabus is made more relevant.

Feedback from Technical and Vocational Education Training (TVET) teachers was that the syllabus is outdated, said National Union of the Teaching Profession (NUTP) secretary-general Harry Tan.

He cited the case of a company, which is on the Forbes Global 2000 List, that had approached NUTP to help identify students they could train, and later hire.

As it turned out, the company could not hire existing TVET graduates because they would not have been able to operate the latest machines.

“This is a major player in the construction industry and their feedback is that our TVET syllabus is obsolete.

“They want students with the know-how and they’re willing to train them,” he said in an interview.

Tan also called for a “solid” TVET policy to be in place fast.

NUTP, he said, had identified 20 students to be trained by the China company but this had been hampered by red tape.

“It’s been almost six months since the company mooted its proposal,” he said.

“The government must get its act together. There are too many ministries involved.”

(A coordination committee has been approved by the Cabinet to coordinate TVET activities between the ministries. Separately, a TVET task force formerly headed by Nurul Izzah Anwar has suggested that a special commission coordinate the TVET implementation be set up.)

Whatever changes that have been made, he said, were insignificant in the grander scheme of things.

“TVET should be 70% machine using and practical training, and 30% for theory, where the 30% must come from the industry.

“Students need the machines to train but at this point in time, it isn’t happening because there is no sync between the vocational colleges and training institutes with the industry,” he said.

He also stressed that incentives are vital for tie-ups between TVET institutes and the industry.

“Not only in terms of facilities and technology, but other factors like soft skills and employment trends are not planned out well,” he said.

On Nov 16, Education Minister Dr Maszlee Malik said TVET was given emphasis during the Mid-Term review of the 11th Malaysia Plan 2016-2020 and Budget 2019. 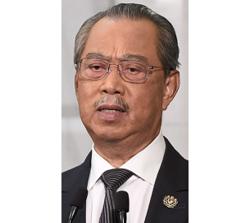