Report: Zahid made use of money politics

PETALING JAYA: Embattled Datuk Seri Dr Ahmad Zahid Hamidi (pic) has been delivered yet another blow. This time, a report with the Malaysian Anti-Corruption Commis­sion (MACC) has been lodged over his post as Umno president.

The report alleged that the former deputy prime minister bribed Umno members into voting him in as president during the party election in June.

“We are looking into it,” he said. “We will investigate and if necessary, call him (Ahmad Zahid) in for questioning if there are elements of corruption.”

It is still unclear how much money was involved and how many Umno members allegedly received bribes.

Tengku Razaleigh Hamzah, who also vied for the post, won only 30 divisions and 20,462 votes.

On June 30, Khairy tweeted that the voting system favoured the “warlords” who had a strong hold on their divisions and that many were instructed, threatened and forced to follow their choice.

In an interview prior to the Umno presidential polls, Ahmad Zahid said the party had to eradicate the culture of warlords and money politics and that the latter was a problem that had been brought up for many years, even leading to Umno splitting into two in 1987.

He added that despite efforts to eradicate money politics, it “may still exist”. 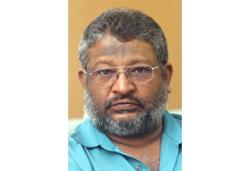