Zam, the King and I

I WAS a school boy dreaming of becoming a great writer and journalist. And it was in February 1984 when the call came in. I received a letter from Utusan Melayu to attend an interview in Kuala Lumpur.

Without missing a beat, I left Penang, my hometown. I was still waiting for my HSC (STPM equivalent) results then. All I told my parents was: There was a call for an interview from UM.

It was a lie. Well, it was UM, except that it stood for Utusan Melayu, not Universiti Malaya as my parents thought.

At Jalan Lima off Jalan Chan Sow Lin (where the old Utusan HQ was), I was ushered into a room full of serious looking men. They were aspiring reporters like me.

All of them were armed with thick files filled with their resume and paper clippings. I was almost empty-handed.

I said to myself: “That’s it. I have nothing to show except for the school paper that I edited.”

There were four interviewers. I could remember two of them very well - one was Zainuddin Maidin (later Tan Sri) – the group editor-in-chief – and the other was FD Mansor (now Tan Sri and Glomac Bhd chairman), who was the group human resource manager.

“Show me what you have,” asked Zainuddin with a serious demeanour. He was known as Zam in the media freternity. 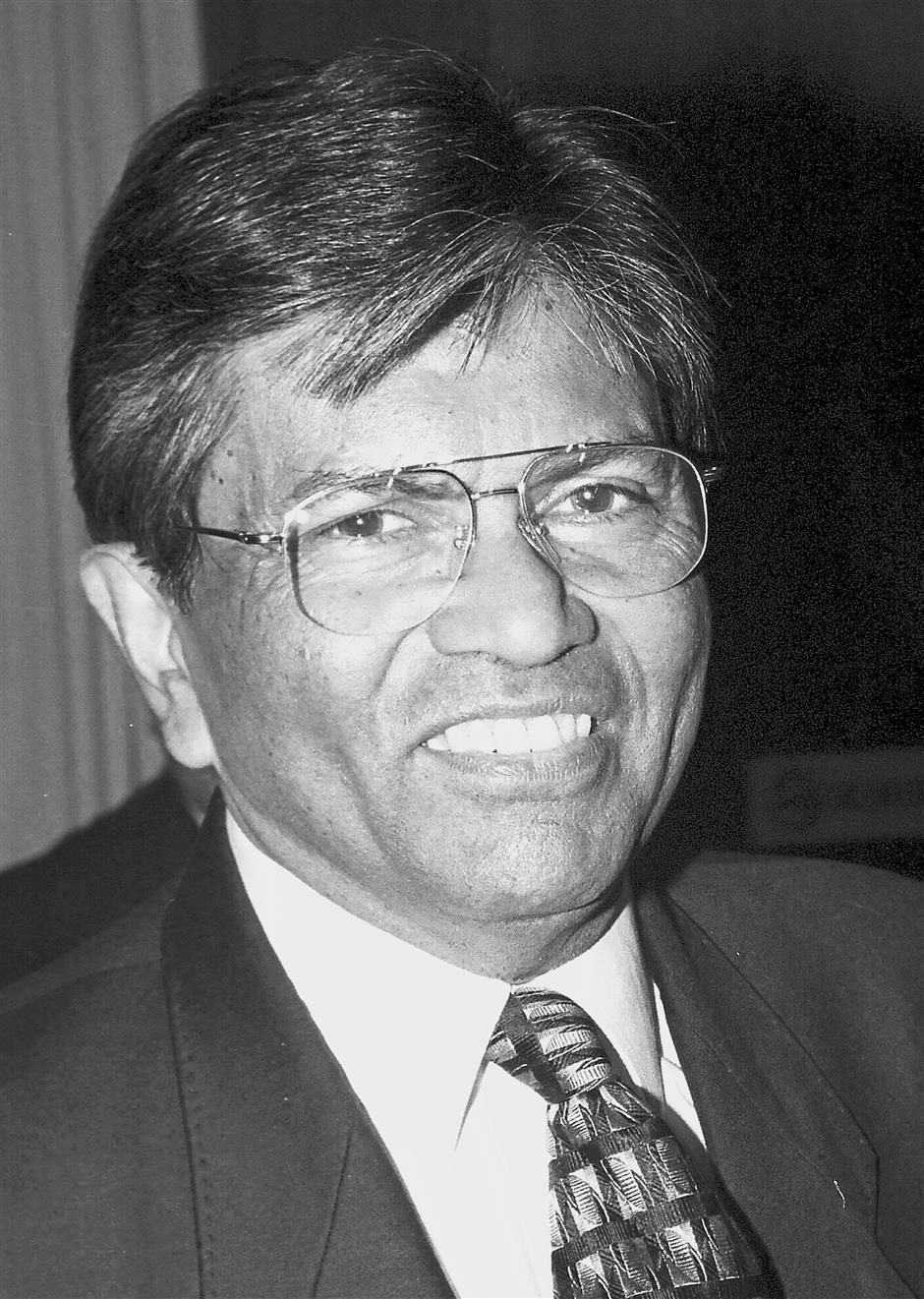 “Then tell us what you can do.”

“That also not much to tell, Sir.”

“Then why are you here?” he asked.

“From your resume I can see that you are fresh from high school. You got Grade One in MCE (SPM equivalent). You still have much to gain in your studies. Why can’t you wait till you finish university? If you join us now, you need to go for training before I can sent you out to the field,” said Zam.

Zam looked at FD Mansor. I looked at both of them.

“Do you know Chin Peng?” he asked.

“Yes, Sir, I know that gentleman. He is the leader of CPM (Communist Party of Malaya). I read about him in the history text book.”

“Good. I first covered his assignment in 1956 during the Baling meeting with Tunku (the late first Prime Minister, Tunku Abdul Rahman Putra Al-Haj). If I send you to interview him, what will be your first question to him?”

“First, I will ask for his autograph. He is a superstar in his own way. Then I will ask him, why did he turn his back on the opportunity to be heard.”

“Wait. I want to know how much you are going to pay me first.”

“You have the decency to ask me how much we are going to pay you? You must be something, boy!”

“Pardon me, Sir, but I have to because I can only attend this interview once. I can’t come back tomorrow and ask you how much you are going to pay me. You wouldn’t want to see me tomorow, would you? Therefore I need to know how much Utusan can pay me.”

“Mansor, give him a basic salary of RM515 per month plus transport allowances of RM200. So is this good for you, son?”

One day, five years later, he walked pass me with the then chief news editor Khalid Mohd (who became group editor-in-chief) and said: “Khalid, take this boy to Haadyai with us.”

Zam was referring to the Haadyai peace accord ceremony between Malaysia-CPM-Thailand that was be held in Haadyai (in 1989).

“You told me when I interviewed you for this job five years ago that the first thing you would do when you meet Chin Peng is to ask for his autograph. Now I challenge you to do so as you promised.”

The night before the ceremony, Zam, Khalid and I were at a coffee house in the hotel. Suddenly he saw Chin Peng and his loyalist, Rashid Maidin walking in.

“You recognised both of them?” I asked.

“Are you nuts? Of course. I covered the Baling meeting. I told you before.”

“Now’s the time. Go and get him. This is what you been waiting for so long.”

I shuddered but he threw me a challenge that I couldn’t say no to. The rest is history. Chin Peng’s signature is in my possesion.

“He confessed that he is still a Marxist-Leninist even after the peace accord is signed,” I told Zam.

But my first lesson with Zam is not that. He is a teacher, the old school style. One day, he sent me to do a coverage on the success story of the Batu Pahat drug rehabilitation centre. I returned to the office later, not realising he was still there as it was rather late then.

I was about to go home when Zam tapped me on the shoulder from the back.

“Why is it in your locker when it should be on your table with you working on your story right now?”

“But Cik Zam, it’s already late. We have already passed the deadline for tomorrow’s paper.”

“Take out your goddamn typewriter now and start working on your story.”

“You mean now? At this hour?

“Can’t you understand my simple instruction? Do it now!”

“But we have closed our final edition.”

“Hello! If you go home without completing your story, if anything should happen to you and God forbid, you die tonight, who is going to read your story? Your story will go six feet under together with you. You were the only reporter there. Have I made myself clear to you?” he asked.

So I started to write the story. It took me several hours to finish all three stories that night.

I learned from him then that news can’t wait. The stories must be ready with no delay. That was in the 1980s. (But even today, we can also hear our boss Wong Chun Wai “shouting” via WhatsApp for stories to be quickly flashed on The Star Online.)

My most memorable experience with Zam, however, was when both of us were summoned to the Istana by the eighth Yang di-Pertuan Agong, the late Sultan Iskandar Ismail, on the eve of Christmas in 1985 – one year after I join Utusan.

I had written a story about a Sumatran rhinoceros, belonging to Perhilitan, that was going to Bangkok as a gift to the Thai king. I wrote that the rhino was not just a “national treasure” but that it was among the rarest in the world. Earlier, my instinct told me that something was not right. So I asked my senior, Chamil Wariya (now Datuk Dr Chamil, CEO of Malaysia Press Institute) whether it was ok to write in protest about the rhino being sent to Bangkok. He said “why not”.

But I whispered that it could be the Agong’s idea. And that the rhino was found in the dustbin pit in Felda Endau, Johor. He said again; “Are you afraid to tell the truth?” That struck my conscience, so I wrote the story which appeared on the frontpage of Utusan Malaysia the next day, but with no mention of the King’s involvement.

Then we got a call from the Istana.

We didn’t know how to react. The board chaired by Ghafar Baba decided that we should go and mengadap as requested at Istana Bukit Serene in Johor Baru.

We spent more than two hours in the Istana. We got scolded by the Agong. Again, Zam as the experienced newsman tried to calm Tuanku down.

Each time he tried to defend me, the Agong would retort: “You mamak from Kedah please be quiet. Let me school this Penang boy. He thinks he is so smart by telling the whole world that this rhino is an extinct spesies.”

The Agong became calmer then, and was nice to us.

Looking back, Zam and I would laugh at the memory of the encounter, whenever we met for teh tarik at Malayan Mansion, Jalan Masjid India.

Forgive me, Cik Zam for not being able to be with you in your last ride on this earth as I am away somewhere. But your advice, wisdom, guidance and your hunger for news will always stay with us, in our memories and in our heart.

Adios Cik Zam, and may Allah bless you.