PETALING JAYA: Lawyers Mohamed Haniff Khatri Abdulla and Muhammad Rafique Rashid Ali will take legal action against the culprit who created the WhatsApp message alleging their involvement in hiring thugs, leading to the riots at the Seafield Sri Maha Mariamman Temple in USJ 25.

“We will lodge a complaint with the Malaysian Communications and Multimedia Commission to get to the source of the WhatsApp message and take legal action against the culprit,” Haniff said in a press conference at his law firm yesterday.

“We will also lodge a police report soon ... within this week.”

Haniff said that they will also lodge a complaint and police report on another Facebook post published by Raja Petra Kamaruddin on Nov 28 at 12.28am.

Haniff said all of these are fake and malicious allegations.

“I am a private lawyer for Dr Mahathir. But this doesn’t mean that I cannot manage other cases,” he added.

Pictures of both of them with captions claiming that they were the lawyers responsible in hiring the thugs had gone viral on social messaging platforms such as WhatsApp.

Haniff said it is appropriate for Home Minister Tan Sri Muhyiddin Yassin to hold a press conference to inform the public about the incident but said the authorities and ministers have to be careful on what information should be shared with the public.

Muhyiddin reportedly said the lawyers to the developer involved in the Seafield Sri Maha Mariamman Temple issue hired thugs that led to the riots.

He said police investigations revealed that the leader of the group which instigated the conflict was handed RM150,000 by the lawyers. This was used to pay the thugs, from RM150 to RM300 each.

Haniff said the authorities and the minister should act more professionally and some of the details of the case should not be shared with the public before the police concluded their investigations.

At the press conference, Haniff also clarified that he and Rafique were appointed by developer One City Development Sdn Bhd after the first incident on Monday.

“Our roles are to foresee the process of investigation for the staff and company, and see to their best interests,” he added.

Meanwhile, the detained One City Development Bhd staff member, who was said to be a lawyer, was actually working as an adviser for the developer, according to Tan Sri Mohamad Fuzi Harun.

The Inspector-General of Police clarified that while the man is said to have qualifications as a lawyer, he did not serve in that capacity for the company.

“He is a lawyer who worked as an adviser,” he said at a press conference at the Royal Malaysian Police College yesterday.

Meanwhile, Haniff said the Philippines-based Ayala Corporation, the ultimate owner of the land on which the temple is located, has denied the company is involved in hiring thugs.

The company has sent a letter to the Prime Minister’s Office about its role and investments in the country through the Philippine embassy, he said. 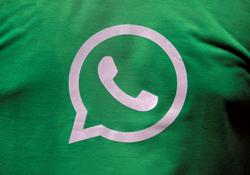