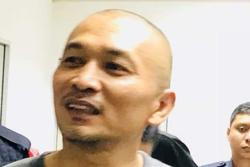 SHAH ALAM: Award-winning entertainer Ziana Zain was let off with a warning by the magistrate’s court here after she apologised for her action that was tantamount to contempt of court over comments and interviews in the media regarding her former spouse.

"I tender my apology and I had no intention to be in contempt of court as for me, it had not been more than a personal matter.

"I promise not to repeat it again," said Ziana, 50, before magistrate Raja Noor Adilla Raja Mahyaldin on Monday (Nov 19).

Her ex-husband Armin Zaharin Ahmad Zambri, 53, filed the contempt of court application in July this year.

According to Armin's lawyer Mohd Amin Farid Nawawi, his client had made the application following a few press conferences as well as a magazine interview given by Ziana.

He added comments made in the press conferences and article revolved around the child abuse allegation levelled against Armin.

"Whatever she had said touched on his character which is an issue in the case," said Mohd Amin.

"The respondent cannot release any information relevant to the case as it would result in a trial by the media," he added.

Armin had been charged in March for voluntarily causing hurt to their 10-year-old son by allegedly whipping the boy with a cane at a house in Denai Alam here at around 4am on Feb 25.

He had claimed trial to the charge under Section 324 of the Penal Code that carries a maximum 10 years' jail or a fine or whipping, or any two of the punishments upon conviction.

Armin and Ziana, whose real name is Siti Roziana Zain, ended their 20-year marriage in July due to alleged mental abuse that she and their four children were subjected to throughout their marriage. 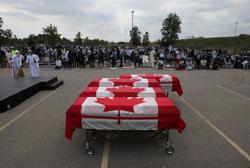