Ex-ministry sec-gen and son jailed and fined for bribery 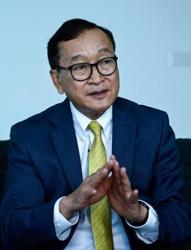 Facing the music: Mohd Arif and Ahmad Zukhairi (right) being escorted by a police officer to the Sessions Court in Jalan Duta, Kuala Lumpur. — Bernama

KUALA LUMPUR: Former Rural and Regional Development Ministry secretary-general Datuk Mohd Arif Ab Rahman and his son have been sentenced to a total of eight years in jail and fined RM12.6mil for bribery.

His 36-year-old son Ahmad Zukhairi was found guilty of four counts of soliciting and accepting bribes, while Mohd Arif was convicted of abetting his son in accepting a SG$200,000 (RM627,833) bribe.

Sessions Court judge Azura Alwi said in her ruling that there was overwhelming evidence against the two.

“The defence failed to give an honest explanation that can be accepted by the court, and therefore failed to raise a reasonable doubt in the prosecution’s case, she said here yesterday.

On the issue of alibi, Azura said the defence failed to prove that Ahmad Zukhairi was not there at the place.

His wife did not give a trustworthy statement from the witness dock, she added.

The bribe was an inducement for a hybrid solar system project in four remote islands off Sandakan, Sabah, worth RM60mil which was awarded to Syarikat Eramaz (M) Sdn Bhd, an associate company of Syarikat Wazlina.

Ahmad Zukhairi was found guilty of four counts of soliciting a commission worth RM1.2mil and accepting bribe totalling RM747,833.

For the second offence, he solicited a two per cent commission from Mohd Safian, as a bribe to assist Eramaz in securing the Solar Hybrid Rural Electricity Supply project to six islands in Sandakan, Sabah, also worth RM60mil.

He solicited the commission (RM1.2mil) for his father, who was serving as the secretary-general then and himself at Grand Dorsett Hotel in Subang Jaya between 5pm and 9pm on March 17, 2016.

For the third offence, Ahmad Zukhairi accepted RM70,000 from Zul Fadli Rozi at Permai Golf and Country Club in Kota Kemuning, Section 31 Shah Alam between 8am and 2pm Aug 18, 2016.

The payment was for assisting HH Global Construction Sdn Bhd to acquire a RM3.2mil project to construct a three-tier recreational square and related works at Persisiran Tasik Pengkalan Gawi, Tasik Kenyir in Terengganu.

Ahmad Zukhairi committed the fourth offence by accepting another RM50,000 from Zul Fadli Rozi for the same purpose at Garden Course Glenmarie Golf and Country Club in Shah Alam in Sept 2016.

Azura ordered for the time to run concurrently from the date of sentencing.

The court granted a stay of execution sought by lawyer Afifuddin Hafifi.

Afifuddin told the media later that he had filed a notice of appeal on behalf of his clients. 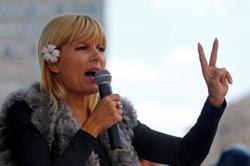 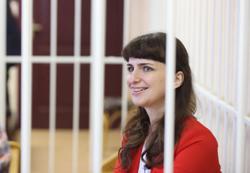