GEORGE TOWN: In less than three weeks, police have seized an assortment of drugs worth RM97.35mil here.

In a seven-hour operation on Monday, a team from Bukit Aman found 163.8kg syabu, 18.6kg ganja and 3.67kg heroin base worth RM8.8mil in five separate raids that began at noon.

They picked up two men, aged 39 and 46, to assist in investigations. Also seized were cars and money amounting to RM2.6mil.

Penang police chief Comm Datuk Seri A. Thaiveegan said the suspects were first picked up by the roadside in Gelugor.

The arrest led to the seizure of the drugs in four other raids in Jelutong, Sungai Dua and Balik Pulau.

Besides police from Bukit Aman and Penang, Comm Thaiveegan also attributed the success of the cooperation with the National Narcotics Control Commission of China, Police Narcotics Suppression Bureau Thailand and Office of The Narcotics Control Board Thailand.

“The drugs seized can cater to 1.14 million addicts.

“The two suspects have been remanded until Monday to facilitate investigations.

“Initial investigations showed that the seizure is meant for the local market,” he said during a press conference at the state police headquarters yesterday. Last Friday, police crippled a drug-trafficking syndicate, believed to be the biggest in the country, with the arrest of a man and seizure of syabu worth RM54mil here.

On Aug 21, drugs worth over RM26mil were found stuffed inside Chinese tea packets after police conducted six raids at several locations, seizing more than 506kg drugs, including methamphetamine and Ecstasy pills.

On Aug 19, a series of police raids and arrests saw RM8.55mil worth of pil kuda, made from a type of meth­amphetamine drug, being seized in north and central Seberang Prai.

Comm Thaiveegan said they needed time to establish whether there were any links between the latest arrest and those nabbed over other major drug cases recently.

In an unrelated development, an assortment of drugs worth RM865,000 was left untouched for nine years at the ceiling of an apartment in Datuk Keramat.

It only came to the houseowner’s knowledge after a water leakage was detected in the house on Monday.

The management staff, who was summoned by the owner to conduct checks at the unit, discovered the drugs. They called in the police.

“The houseowner has been staying there since 2009 but he did not know about the drug stash,” he said.

Comm Thaiveegan said from January until August, 7,625 people were arrested for drug-related offences in Penang.

He said they had also uncovered eight drug-processing labs this year. 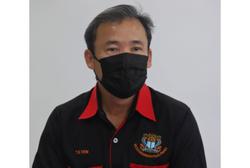 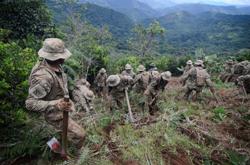