Kepala Batas MP Datuk Seri Reezal Merican Naina Merican said Dr Maszlee should review his decision to take up the position at the public university, while Kampung Tunku state assemblywoman Lim Yi Wei of the DAP urged him to reject his new appointment, stating that it was a “clear conflict of interest”.

Reezal Merican said the current minister had promised not to become involved in university administration, even if his role as president was non-executive.

“This appointment seems to contradict his commitment and determination to entirely liberate universities from political interference,” said the Umno politician in a statement Wednesday.

The Pakatan Harapan election manifesto had promised to restore academic freedom at institutions of higher education.

Reezal Merican stressed that it was unacceptable for a minister to “deceive the public” and go against the promises he has made to them.

On Tuesday (Sept 4), IIUM’s Academic Staff Association congratulated Dr Maszlee on his appointment as the seventh president of the university on its official Facebook page.

However, there have not been further updates since on any of the university’s official social media channels or website.

According to Reezal Merican, Dr Maszlee was already heading a large ministry portfolio, which required a lot of time and commitment.

He added that being the president of IIUM, even if it was a “non-operational” position, will also require time and dedication that should be taken on by another, more qualified candidate.

“IIUM has enough credible candidates to fill the presidential post.

“Dr Maszlee has the potential to bring reform to the national education system – if he does not make the mistake of taking on additional responsibilities,” he said.

The rakyat, he added, want ministers who stick to their promise of change.

Meanwhile, the DAP’s Lim quoted Dr Maszlee from an interview back in June when he resolved to never “misuse universities for political interests” and promised universities full autonomy and academic freedom.

“As an academic, Dr Maszlee holds the right credentials for the post (but) as the highest-ranked politician in the Education Ministry, holding the highest position in a university is a clear conflict of interest,” she said.

His recent appointment cast doubt on this promise, she added.

She also said that if Dr Maszlee refuses to relinquish his new role, he would be disappointing the students who voted for Pakatan Harapan in hopes of restoring academic freedom in the country.

“We should not be breaking our manifesto by using loopholes,” Lim said.

The Star has reached out to Dr Maszlee for his comments, and is awaiting a response. 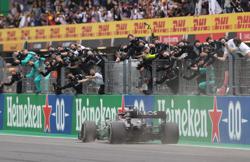