12 Pakatan and Warisan members made senators 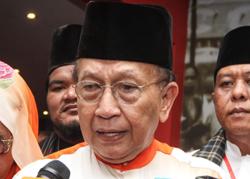 KUALA LUMPUR: Eleven people from Pakatan Harapan and one from Parti Warisan Sabah have been sworn in as senators at the Dewan Negara.

The Pakatan senators comprised four from PKR, four from DAP, two from Parti Pribumi Bersatu Malay­sia and one from Parti Amanah Negara.

All of them took their oath of office before Dewan Negara president Tan Sri S.A. Vigneswaran at Parliament House here yesterday.

Amanah vice-president Husam Musa, who is also Kelantan Pakatan chairman, was scheduled to be sworn in as a senator yesterday, but his swearing-in was deferred to a date to be decided later.

Hui Ying, the daughter of DAP adviser Lim Kit Siang, said in a statement that she had been a DAP member for close to 20 years since 1999 and served in various capacities within the Penang state committee, including its state secretary and vice-chairman.

“I consider it an honour and a heavy responsibility to serve as a senator representing Penang,” she said.

Her appointment had drawn flak earlier, with Barisan Nasional politicians describing it as nepotism. 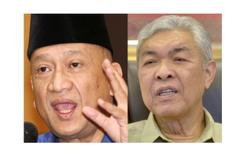