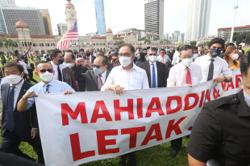 PETALING JAYA: The Govern­ment’s focus must be on Malaysia and not just the bumiputra, says Datuk Seri Anwar Ibrahim.

In an interview with Mingguan Malaysia, the PKR president-elect said Pakatan Harapan’s approach would be different from that of the previous administration.

“Like what I have previously said, I am not too inclined towards kebumiputraan as how it was mentioned since 1969 during the era of (second prime minister) Tun Abdul Razak and (former foreign minister) Tun Muhammad Ghazali Shafie,” he told the Malay paper. “We should place our focus on Malaysia.

“If I say eradicating poverty – although bumiputra is not mentioned here – if the policy really works it will help a large number of bumiputra, rather than other races,” said Anwar, adding that similarly, the Govern­ment should also emphasise “democratising” access to quality education.

“We cannot only think of meritocracy and then leave the poorest and the marginalised groups as they are. This is not supporting the principle of justice.

“As we promote meritocracy, we should give space so that Malays in villages and natives in rural areas will also be lifted. Then, they will be able to compete in a meritocracy,” he said.

Anwar said he would tell Prime Minister Tun Dr Mahathir Mohamad this, adding that he would also be more active in meeting experts in culture, language and literature as well as businessmen from the Malay society.

“Even with the new approach or policies, I will not agree on any attempt to marginalise the race,” he added.

Anwar was responding to a question on concerns about the position of Malays and Islam following several developments, including the appointments of Attorney General Tommy Thomas and Chief Justice Tan Sri Richard Malanjum.

The appointments, he added, were the prerogative of the Prime Minister with the consent of the Yang di-Pertuan Agong.

“I was with the Agong during the final stage of the crisis concerning the Attorney General’s appointment.

“We heard the views against the appointment but this was based on Thomas’ credibility and capability.

“Surely, he would do his job well to ensure that the interests of all in society are protected, including defending the Malays and Islam,” he said, adding that the King subsequently issued a statement supporting the appointment while stressing the need to protect the position of Islam, Malays and bumiputra.

“I support these moves. I do not think this will deviate from the main principles of the Federal Consti­tution on language, special rights, Islam and the Malay Rulers,” he said.

The Malays, he said, were concerned because they saw these changes as drastic.

“But I am confident they will not change the policies that have been agreed upon – in principle and spirit of the Constitution,” he said.

“Just like we should give confidence to the Chinese, Indians and others, Malays should be given assurance that the country will not be deviating from the goal of freeing or helping to uplift the dignity of Malays,” he said, adding that they would ensure that future appointments would consider the sensitivity of all races as well as an individual’s ability and reliability in protecting everyone’s interests.

Anwar also said while Bahasa Malaysia should be used in official events, English could sometimes be used during international functions.

“After Malay, if he (the minister) wants to speak in English, Tamil, Chinese or Arabic, this should be allowed.” 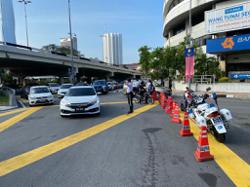