PETALING JAYA: Datuk Seri Najib Tun Razak (pic) has claimed that he is not aware of the extent of his wife’s collection of jewellery and other items, stating that he is like any husband in that respect.

In an exclusive interview with Malaysiakini on Wednesday, the former premier said the valuation of the items, in particular the jewellery - which number over 12,000 pieces - seized from the six residences linked to him are subjective and unrealistic.

“So let us not get too excited about it. Let us look at the items, every single item, and we hope to have a chance to examine these items. And (then) we can come to a conclusion on the source of the items and get an explanation on the items seized by the police,” said Najib.

However, Najib said he was not provided with the full and detailed list of seized items during the raids since May.

According to the former premier, he was given an incomplete list with vague descriptions, which lacked photographs of the seized items.

In a previous interview, Najib has said that most of the luxury items sized were gifts given to his wife and daughter and had nothing to do with 1Malaysia Development Berhad (1MDB).

Federal Commercial Crime Investigation Department (CCID) director Datuk Seri Amar Singh told a press conference on Wednesday that it took police from May 21 to June 25 to ascertain the value of the cash and items seized.

With cash and items seized amounting to between RM900mil and RM1.1bil, Amar has said that this was the biggest seizure in Malaysian history. 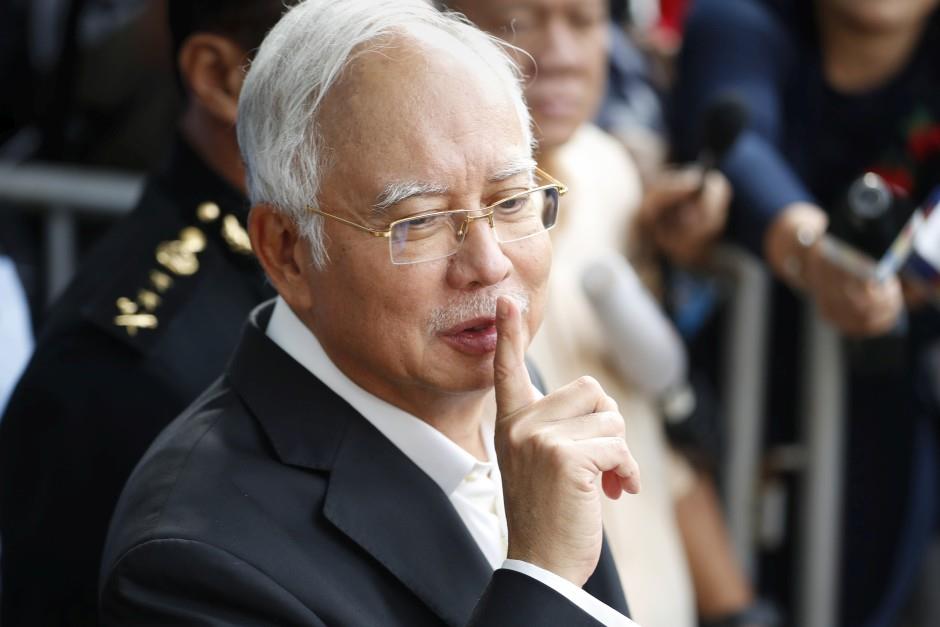 When Najib was asked if he had discussed the latest disclosure from police with his wife Datin Seri Rosmah Mansor, he claimed that Rosmah herself was surprised with the number of items mentioned.

“She doesn't believe it (the valuation) will come up to that amount. And also some items, the jewellers have got records that they were sent for viewing and to be returned. So we need to identify these items and return them,” he added.

According to Najib, a significant amount of the seized jewellery do not legally belong to his wife.

Some belonged to their daughter Nooryana Najwa, her husband and mother-in-law.

In the interview, he claimed that the jewellers who had sent the items for viewing have now written in to legally claim back their items.

“But let us not jump to any conclusions at this stage. Let us examine the items individually,” he added.

Najib also pointed out that other factors must be established once the list of items seized is examined.

“We need to know the dates of the gifts, like jewellery items.

“As you know, prices of stones acquired or gifted 20 years ago are much less than they were paid because the price of stones have increased significantly so it depends on what valuation and when the valuation was made,” he added.

When asked why he did not declare the gifts received, Najib stated there is no system to do so in the country, and recalled how he wanted election funding to be more transparent.

“I actually suggested in 2010 that there should be, when it came to donations, that we should have a system of transparency and we should record the donations to some independent body.

“I had that specific proposal, but at that time, it was rejected by the opposition who are now part of the government.

“They rejected it, I suspect it was because they wanted anonymity because if people who donate to them had their identities known then that would be to their disadvantage,” he mused.

Najib said that it “is on record” that he suggested the idea, and mentioned a memory of speaking to Pemandu’s Datuk Seri Idris Jala as well as the then Malaysian Anti-Corruption Commission (MACC) chief Tan Sri Abu Kassim Mohamed, who liked the idea.

“We brought it forward, but it was rejected by the opposition so that is why it didn't go through.

“Had it gone through, the election funding in this country would be handled in a much more transparent way. But if I were to do it for BN but not for them, then we would be at a disadvantage.

“So the whole proposal... which is on record, we actually initiated the move for much more transparent, and accountable manner for political donation,” he added.