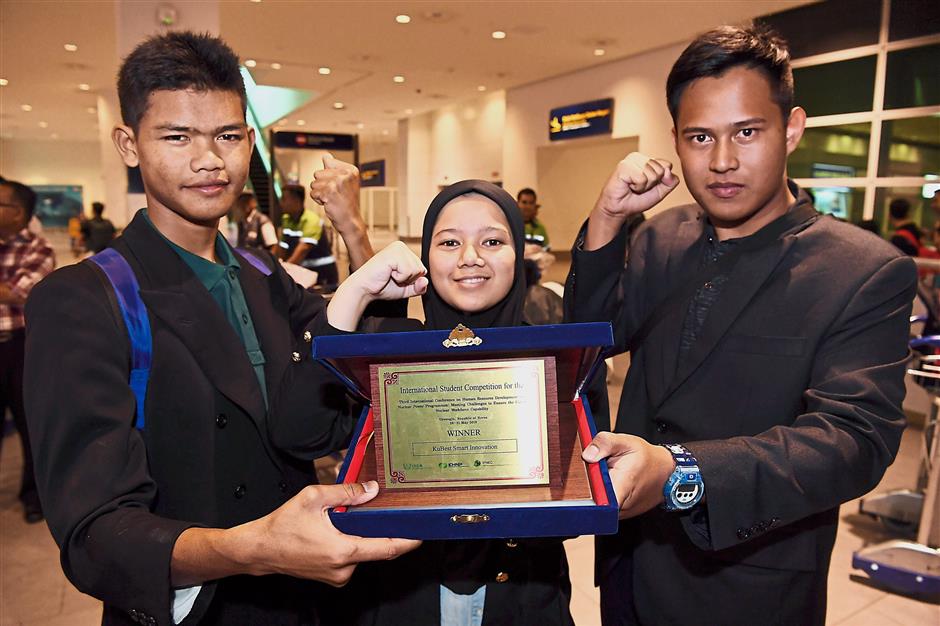 SEPANG: Even though they began with zero knowledge of nuclear energy, three secondary school students made Malaysia proud when they emerged champions in the Human Resource Development for Nuclear Power competition organised by the International Atomic Energy Agency in Gyenongju, South Korea, on May 30.

The trio produced a computer game application which could channel information on nuclear science and the uses of nuclear energy in everyday life.

Safyyah and her two friends, who arrived at klia2 from Busan, were welcomed by Education Ministry Co-curriculum and Arts director Rozainum Ahmad as well as other ministry officers.