The MRT3 or MRT Circle Line was planned as the third MRT line for the Greater Klang Valley area.

While the MRT1 connects Sungai Buloh and Kajang, the MRT2, which is now under construction, will run from Sungai Buloh to Serdang and Putrajaya.

MRT3 was planned as a loop line to integrate the lines, with most of its stations underground.

He also said the Kuala Lumpur-Singapore High-Speed Rail (HSR) was still being studied, while a review was being done on the East Cost Rail Link (ECRL).

He said Malaysia was open to re-considering its decision on the HSR if Singapore could convince Malaysia to proceed with it.

He said the Cabinet had agreed for the rail project to be scrapped, but it would also depend on discussions with Singapore.

“We want to do this as it has high financial implications. But we will listen to them (if Singapore wants to proceed). They are our good partners,” he told the media after chairing the Cabinet meeting yesterday.

He explained that Malaysia needed to reduce its borrowings, hence the decision to scrap HSR and review other mega projects that cost billions of ringgit.

“We have borrowed too much money. If this country is to avoid bankruptcy, we must learn how to manage our big debts by doing away with projects that are not beneficial to the country,” he added.

Later, at a buka puasa event at Putrajaya International Convention Centre, he said the money spent on the HSR project did not justify the number of jobs it could generate.

“If you are going to spend RM60bil to RM100bil so that thousands of people can work, that’s not very efficient,” he said in response to a Facebook post by former prime minister Datuk Seri Najib Tun Razak, who defended the HSR.

Najib, who asked the Government not to make “an emotional decision” to scrap the project, said the HSR was projected to create RM650bil in gross national income and 110,000 job opportunities, which could expand to 442,000 jobs by 2069.

On the fate of the ECRL, Dr Mahathir said the project has not been called off and a detailed review was being conducted.

“We haven’t cancelled ECRL. We have spent a lot of money on it and need to look at ways to handle this matter,” he said.

According to recent reports, the actual cost of the ECRL could be more than RM55bil.

Dr Mahathir also said the 11th Malaysia Plan mid-term review would be tabled in Parliament in November along with Budget 2019.

“The review will take into consideration the progress of projects carried out from 2016 to 2018, and the Government’s way forward for the remaining period of between this year and 2020,” he added.

Parliament is expected to start its meeting next month, but Dr Mahathir said the dates had yet to be fixed since the appointment of ministers had not been completed.

On whether the Cabinet had decided on the fate of the National Civics Bureau (BTN), he said the matter was still being studied.

The Prime Minister also said no decision had been made on whether the Department of Islamic Develop­ment (Jakim) would be closed.

Developers back move to cancel HSR despite setback

SST implementation date among key decisions made by Cabinet 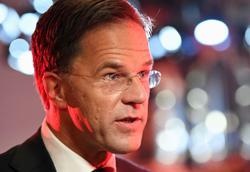