Under Budget 2017, tax payers can claim 'lifestyle tax relief' of up to RM2,500 for buying smartphones and tablets.

AS MALAYSIA edges closer towards the coveted high-income nation status, the Government remains committed to providing a better future for all Malaysians.
Under the leadership of Prime Minister Datuk Seri Najib Tun Razak since 2009, the Government has introduced numerous tax-related initiatives to put more money into the pockets of the rakyat and to induce better lifestyle for everyone.
Over the past decade, the Government has brought significant changes to the country’s tax regime, among which is the reduction of personal and corporate income taxes.
The majority of Malaysians have enjoyed a lower personal income tax burden, as tax rates have fallen from 28% in 2008 to 24% now. This is in line with the Government’s aspiration to increase the disposable income of the rakyat.
Meanwhile, corporate taxes have also seen a significant reduction, down from 27% in 2008 to 24% currently.
The Najib administration has been instrumental in ensuring that Malaysia’s personal income tax system is not regressive, by raising the minimum tax threshold to above RM4,000. This essentially means that anyone earning below the threshold will be exempted from personal income tax.
More recently, in Budget 2018, the Government lowered tax rates by two percentage points on taxable incomes of between RM20,000 and RM70,000. This has raised disposable income of individuals by RM300 to RM1,000, adding RM1.5bil into the pockets of taxpayers who are predominantly from the middle-income population.
Most importantly, over 260,000 Malaysians will be exempted from paying income tax via this measure.
The Government has also introduced a slew of tax reliefs over the years, which could result in greater tax savings for many individuals.
In a bid to encourage Malaysians to adopt a better lifestyle and to improve their living standards, the Najib administration has introduced what is now called the “lifestyle tax relief” in Budget 2017.
While tax payers could claim for relief only on the purchase of reading materials, computers and sports equipment previously, they can now seek “lifestyle tax relief” of up to RM2,500 for buying printed newspapers, smartphones and tablets, Internet subscriptions as well as on the payment for gymnasium membership fees.
Besides that, in order to inculcate a saving habit among Malaysians, particularly for future education needs, the Government extended the personal income tax relief for the 1Malaysia Education Savings Scheme (SSP1M) under Budget 2018.
For the next three years, tax relief of up to RM6,000 will be available for net savings in the SSP1M, which was formerly known as the National Education Savings Scheme (SSPN). For the uninitiated, SSP1M is managed by the National Higher Education Fund Corporation (PTPTN).
With the aim to ease the entry of disabled children into local or foreign institutions of higher learning, the tax relief under Budget 2016 was raised from RM6,000 to RM8,000 for a disabled child above the age of 18 years. The higher tax relief was effective from the assessment year of 2016.
Budget 2016 also increased the maximum relief on tuition fees for an individual taxpayer to RM7,000 from RM5,000 a year, paving the way for more working Malaysians to attain higher academic qualifications.
Familial relationship has also been given significant importance under the Government’s previous budget proposals. In its Budget 2016, the Government introduced a new tax relief of RM1,500 for a taxpayer’s mother and another RM1,500 for the father to ease expenditure in caring for parents.
Malaysian women’s role in re-defining the country’s human capital and its potential moving forward has been duly recognised in Budget 2018, which was dubbed the “mother of all budgets”.
The recent budget exempts women who return to the workforce (after a career break for at least two years) from personal income tax on 12 months of consecutive salary. The incentive is available for women who return to the workforce between the years of assessment 2018 to 2020.
Not only that, to support working women who are still breastfeeding, the Najib administration has introduced a new tax relief up to RM1,000 under Budget 2017, which is claimable for purchase of breastfeeding equipment. This relief is claimable once in every two years, effective year of assessment 2017.
Also, individual taxpayers who enrol their children aged six years and below in registered childcare centres and pre-schools will qualify for tax relief of up to RM1,000. This move has benefited over 40,000 individuals in Malaysia.
Aside from significant tax cuts and tax reliefs, the Government has also introduced tax exemptions to raise the disposable income of Malaysians.
Among such tax measures is the 50% tax exemption in Budget 2018 on rental income received by resident individuals.
For the first time in 60 years, the tax exemption, which is not exceeding RM2,000 per month for resident individuals, was introduced to promote rental of residential homes in Malaysia.
The Government remains alert to the evolving needs of Malaysians and aims to cater to these needs effectively via numerous proactive measures. The well-being of the rakyat shall always be prioritised, as the country moves towards the aspirations of the National Transformation 2050 (TN50).
For more information, please visit https://www.najibrazak.com/en/we-delivered/
Article type: metered
User Type: anonymous web
User Status:
Campaign ID: 46
Cxense type: free
User access status: 3 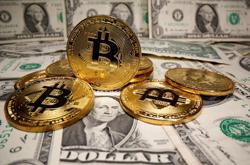