The Society for Conservation Biology – Malaysia Chapter paid tribute to members in a series of posts, together with the profile photos of the scientists and details about their work, on Twitter and Facebook.

Among those featured were Lim Voon Ching, whose work on the DNA barcoding of bats is supported by the National Geographic Society, Ummi Aqilah Haron, who is researching new alternatives to antibiotics, using natural products to treat dental plaque and improve oral health, and Dr Wong Ee Phin who studies hormone metabolites in elephant dung.

“This International Women’s Day, a day when all women are celebrated worldwide, we take the opportunity to pay tribute to our local women scientists as well as promote our own research and science,” said its vice-president Dr Chen Pelf Nyok. 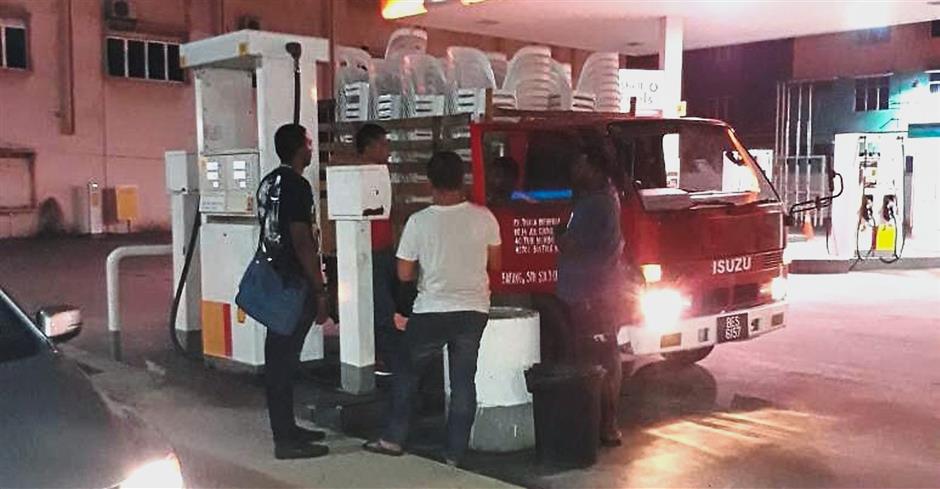 SUBANG JAYA: Police turned the tables on a group of thieves who stole and resold furniture and canopies from a banquet near here.

District OCPD Asst Comm Mohammad Azlin Sadari said four men were arrested after the victim lodged a report in February after the items were stolen in Bandar Bukit Puchong.

He said the suspects included a middlemen and a buyer who admitted to buying the stolen items for RM3,000.

Police recovered the stolen property which included 250 chairs and 40 tables.

GOMBAK: A police team from the Selangor Serious Crimes Unit shot dead an armed robber believed to be part of a group involved in at least 17 robberies.

The team was responding to an attempted house break-in near Templer Saujana at around 4am, when they encountered three men, wearing dark clothes and acting suspiciously.

“One of them started swinging a machete at the police forcing them to open fire. The other two suspects managed to escape,” he said, adding the suspect shot dead was believed to be a foreigner.

KOTA KINABALU: A rubber tapper was killed by his mother-in-law’s lover after he was accused of having sex with her in Sabah’s northern Pitas district.

The victim – Bobit, a Filipino in his 30s, was out drinking with his wife and the alleged killer, also a Filipino, along with other relatives prior to the 8.20pm incident on Thursday.

His Malaysian wife, who is believed to be mentally unstable, had claimed Bobit had sex with her mother at a rubber plantation. On hearing this the suspect became angry and a fight ensued.

Bobit got hold of a machete but the suspect managed to grab it before killing him.

Kota Marudu police chief Supt Mohd Izaan Abdullah said the victim was pronounced dead upon reaching the Pitas hospital and a manhunt is underway for the suspect who fled the scene.

The three were also charged separately with raping the same victim at the same place and date, between 9pm and 10pm.

Meanwhile, Mohd Zulhusni, Nurluqman Hanif and his brother Nurluqman Danial Norhisam, 19, were each charged with forcing the victim to perform oral sex on them. Judge Suzana Hussin did not allow bail and fixed April 12 for mention.