A better future for women

Women power: Rohani (centre) and participants of the national-level International Women’s Day event waving after the launch of Kiddocare at Limkokwing University in Cyberjaya. — Bernama

CYBERJAYA: The Government is moving forward with a proposed new law to address the discrimination women still face today, not just in terms of wages and workplace attitudes but in daily life too.

Incidents that may have been avoided with such a law in place include the time producer, host and model Daphne Iking was told she was not “sexy enough” for a job when she was pregnant.

Or the discrimination singer Jaclyn Victor faced when she learnt some event organisers preferred not to deal with her when she was expecting.

The proposed law would also address discrepancies in terms of compensation.

The Statistics Department’s Salaries and Wages Survey Report 2016 revealed that male employees received a mean monthly salary of RM2,500 compared to the RM2,398 paid to women.

Women are even compelled to walk less than men, thanks to an occurrence known as the “gender step gap” as many women feel unsafe walking in public spaces, being at risk of harassment and violence including unwanted sexual remarks, snatch theft, assault and rape.

In an effort to address such gender discrimination, the structure for a proposed Gender Equality Act has been completed by the Women, Family and Community Develop­ment Ministry.

However, its minister Datuk Seri Rohani Abdul Karim said, cases of discrimination against men would also come under the Act.

“Remember, it is a gender equality law. It is not meant just for women, but both (men and women).

“If there are men who feel they are discriminated against, this Act would be able to protect them,” she told a press conference after the Kiddocare launch held in conjunction with International Women’s Day 2018 at Limkokwing University yesterday.

Kiddocare is a mobile application and developmental programme aimed at connecting families with professional and certified care­givers to care for their loved ones.

Rohani said that while the framework for the Act was ready, her ministry was still getting input from activists, non-governmental organisations and academicians.

“We are getting everyone, like what we did with the Sexual Offences Against Children Act 2017,” she said, adding that the Gender Equality Act would be similar to laws already enacted in some countries.

“Because our Act is new, we can benchmark against others that already have such an Act. We will try to put all the best (laws) in the Act,” she said.

Rohani added that British High Commissioner to Malaysia Vicki Treadell had also expressed interest in giving her input because Britain already has such laws.

Asked if a Bill for the new law would be tabled during the current parliamentary session, Rohani said that was the target but she was not sure if it would happen.

“I don’t want to give you false hope. I think we will not make it, but it is in the pipeline,” she said.

She added that the Government was also looking into developing a Sexual Harassment Act.

Gender equality laws have been implemented by countries such as Britain, the United States and South Africa to protect people from discrimination in the workplace and throughout society.

In Asia, Thailand implemented its Gender Equality Act in 2015, while the Philippines has laws under the Sexual Orientation and Gender Identity and Expression Equality Act. 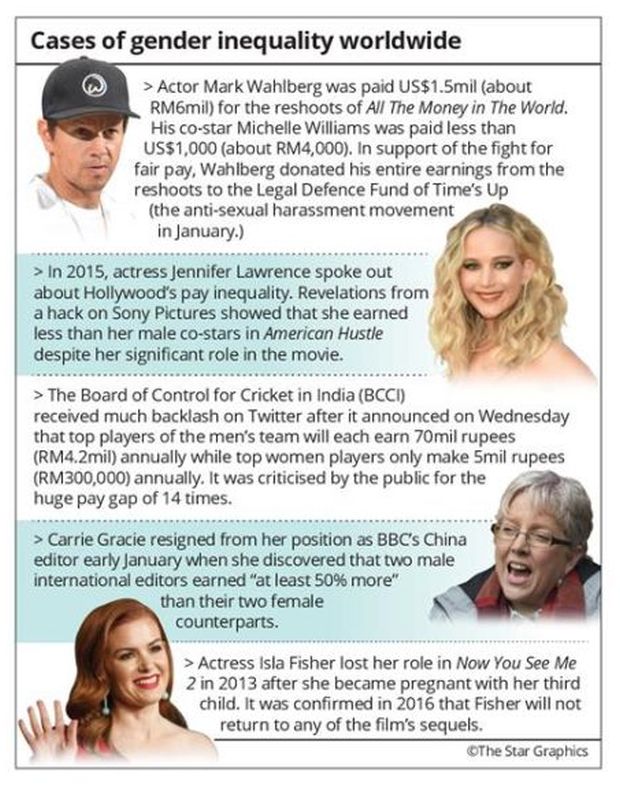 Women’s rights groups all for law against discrimination