Celebrating all women: Chong chatting with some single mothers after presenting them with flowers in conjunction with International Women’s Day.

SEREMBAN: This year’s Inter­national Women’s Day will be more meaningful for single mothers here following an initiative by MCA Youth chief Datuk Chong Sin Woon to help set up an association to look into their welfare.

Chong said such an association was necessary after checks with the state Welfare Department showed that 90% of the 362 aid applications between October and February this year came from single mothers.

“It is not easy for these women, including widows to raise their children on their own.

“Many face problems such as proper housing and low wages to provide for their children,” he said after distributing roses to women to mark International Women’s Day at the Seremban wet market here yesterday.

Chong said MCA would work with the association to help single mothers, including securing them with jobs closer to their homes and finding ways to supplement or increase their income.

A seven-member protem committee, he said, would be set up and those interested in becoming members could register at his service centre in Lobak near here.

“Once they have the association running, I will look for an office for it,” Chong said, also adding that it was important to help single mothers so that they could provide their children with proper education.

Thanking Chong, association protem committee head Rosnani Ali, 50, said some single mothers earned so little that they could not even buy milk for their young children.

“On our part, we will start holding programmes and skills-training to help them,” she said.

On another matter, Chong said repairs to the upper floor of the Seremban Wet market, which was destroyed in a blaze last September, would be completed by June.

“Construction work should start anytime. Among others, new pillars will be built,” he said after making his rounds at the market.

Women’s rights groups all for law against discrimination

A better future for women 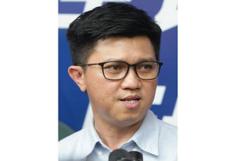