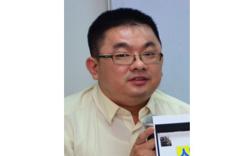 KUALA LUMPUR: They had barely rebuilt their lives from the ashes of World War II.

It was circa 1950, and half a million Chinese in Malaya were already facing imminent deportation – the decision of the British colonial government to banish them.

This came after the Malayan Communist Party launched an armed struggle against the British in 1948.

The Chinese became victims of that struggle.

It was Tun Tan Cheng Lock, the Malacca Chinese Chambers of Commerce president at the time, who came to their rescue.

Seeing the need for a political platform for his cause, he set up the Malayan Chinese Association (MCA) on Feb 27, 1949.

It was in this turbulent era (the Emergency period, 1948-1960) that 465 new villages in various parts of the country were set up to house the Chinese.

The founding president helped the community to rebuild their lives, providing them with shelter and education.

He launched a social welfare lottery to raise funds to help the Chinese in 1950 until the British banned political parties from running lotteries three years later.

Fast forward to the present – after 11 presidents, MCA needed to evolve to face sweeping, unparalleled challenges.

Seeing this, Datuk Seri Liow Tiong Lai put in place a series of transformation programmes for the party when he became president in December 2013.

The rapid changes in the world, and the people’s increasing expectations of a political party or government are in stark contrast from MCA’s early years when its main focus was helping the people: from providing them with decent shelter, security, basic education for the children, and economic opportunities.

During those post-WWII years, for instance, many Chinese became farmers, rubber tappers and tin mine workers.

It was in 1968, under third MCA president Tun Tan Siew Sin, that Tunku Abdul Rahman College in Kuala Lumpur was born.

It provided the lower-income group with access to tertiary education.

The college expanded with branch campuses in Penang, Johor, Perak, Pahang and Sabah in the 1990s.

The college, now a university college, has produced numerous professionals, including some 60% of the country’s accountants.

The decade also saw MCA at an all-time high, winning 30 parliamentary seats and 70 state seats in the 1995 general election.

Sixteen years ago, the party set up Universiti Tunku Abdul Rahman (UTAR) to provide affordable education opportunities to the people.

UTAR has made it to the list of top 100 universities under the Times Higher Education Asia University Rankings 2018.

But the community’s expectations of the party have become more diverse in the 21st century.

Apart from bread-and-butter issues, they also expect the party to cater to their needs and be vocal at the same time.

It is very unlike the early years when the people’s problems were more basic, and the party’s role was rather clear-cut.

Nowadays, the people dictate what the party should do and how it should behave, and they can be very unforgiving as well.

While providing affordable tertiary education opportunities could bring in the votes, people nowadays have different expectations.

On the ground, people like hawkers and petty traders are also struggling, facing various challenges including competition from online business operators.

According to the Kuala Lumpur Hawkers and Petty Traders Asso­ciation, business has plunged by between 30% and 40% of late, with the drop starting about three years ago.

MCA issued a statement during Chinese New Year asking traditional traders to adapt in order to stay in business.

The statement also rightly pointed out that online business is the way forward.

It is good that the party has pointed out this fact to the people, who also hope for solutions from the party, which is in the ruling coalition.

As MCA celebrates its 69th anniversary at its headquarters this Saturday with the theme “Stronger Together”, its history will certainly be a reflection that inspires it to soldier on.

But at the end of the day, MCA’s strength is dependent on the people’s support – and vice versa. 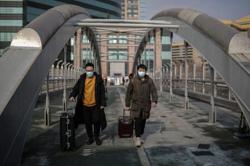