Report: HSR will be good for environment in the long term

PETALING JAYA: The Kuala Lumpur-Singapore High Speed Rail (HSR) is expected to be good for the environment in the long term, according to an environmental impact assessment (EIA) report.

The report noted that the chosen HSR alignment is not expected to lead to environmental disturbances which could affect the health and safety of residents in surrounding areas.

In addition, the alignment would not have any significant impact on ecology along with surface and ground water systems.

The report stated that the project could also reduce net emissions of greenhouse gases generated by the local transportation sector, improve or increase connectivity through time saved, reduce traffic and create jobs.

However, the amount of emission reduction depends on the relative fuel efficiency of a transport mode and the HSR.

The report noted that there would be permanent loss of forest areas and associated environmental services from forest reserves due to the project.

A small part of the Sungai Pulai Forest Reserve (mangrove forest) in Gelang Patah would be affected.

The size of the affected mangrove forest area is 25ha and the total estimated environmental value from the mangrove area is RM27,001.44 per hectare per year.

Another 1,141ha of oil palm plantations and a total of 902ha of rubber estates would be affected.

The report said minimal water quality impact is expected because of mitigation measures such as site-specific erosion and sediment control measures along with planned construction of bridges at river crossings.

HSR operations are not expected to cause adverse noise and vibration on surrounding land areas as the alignment is routed primarily through plantation areas.

The report noted that potentially adverse environmental impactcould occur during the construction phase due to land clearing and earthwork operations for tunnels, elevated structures, stations and depots.

“However, the resulting soil erosion and sedimentation impacts are short term and can be effectively controlled by adopting tried and tested mitigation measures,” it said.

The EIA report was posted on the official website of MyHSR Corp, a company wholly owned by the Minister of Finance Incorporated, on Dec 27.

The Department of Environment Malaysia is currently reviewing the EIA Report. 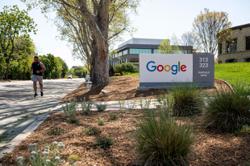 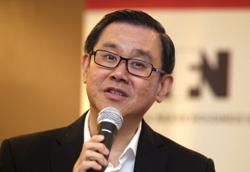