Marathon pacer suffers serious injuries after being hit by car

PETALING JAYA: A Klang City International Marathon 2017 pacer was among three people hit by a car during the run, suffering serious injuries.

In a statement on its Facebook page, Klang City International Marathon organisers said that the car hit pacer Evelyn Ang from behind on Sunday (Dec 10).

"The incident happened at the 14km (mark) and the case is currently under police investigation," it said.

According to the statement, Ang suffered a cranial fracture and bleeding in the brain and will be transferred to the Sungai Buloh Hospital.

"Will do our best to assist in this incident. We are in touch with the authorities.

"Together, let us pray for our Klang City International Marathon 2017 pacer Evelyn Ang. Hope she will safely go through the critical moment with (a) speed(y) recovery," it said.

"It occurred at around 4.30am around Jalan Kapar Batu 2. The car, which was from Klang heading to Kapar, had knocked (into) the runners from behind," he said.

He added that three victims were injured.

The remaining two runners had injuries to their heads and hands although their injuries were not as severe as Ang's.

"The driver was not found to be drunk. The urine test tested negative (for drugs) and a blood test will be conducted later," ACP Mazelan added. 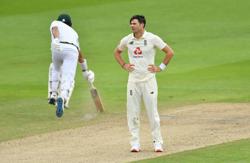