Rainfall warning issued as storm shows no signs of easing

The rains, brought about by the north-east monsoon which started on Nov 13, became so heavy that the Malaysian Meteorological Depart­ment (MetMalaysia) issued a red alert on Tuesday for parts of Kelan­tan and Terengganu.

A yellow alert means heavy rain is expected within the next one to three days and if there is continuous rain, it will not last for more than six hours and the rainfall will be less than 60mm.

An orange alert indicates continuous heavy rain for more than six hours and rainfall of at least 60mm.

In Kelantan, the number of flood evacuees went up from nearly 7,000 at 8am yesterday to more than 8,000 five hours later. 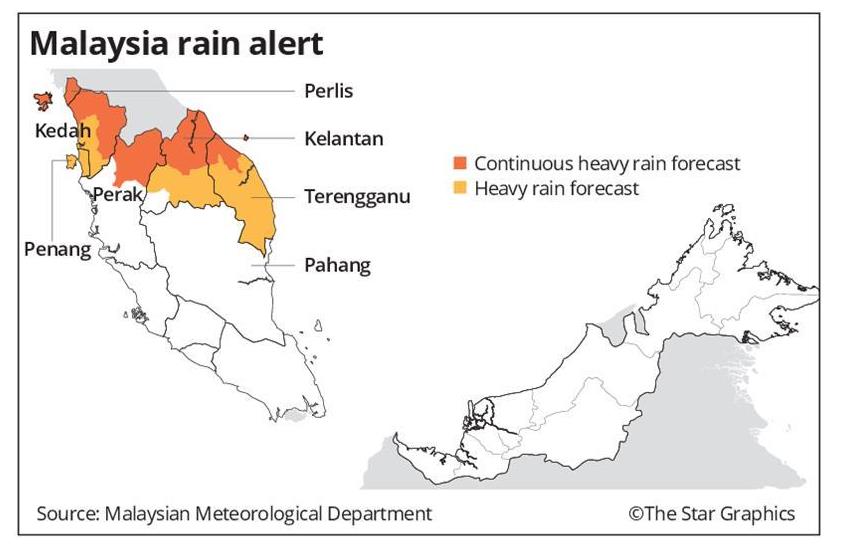 According to the MetMalaysia website, there are four seasons in Malaysia – the south-west monsoon (May to September), north-east monsoon (November to March) and the inter-monsoon periods.

Separately, Tenaga Nasional Berhad said its emergency response team was ready to work round the clock to help out in flood-hit areas.

The power company said in a statement that the team would work to restore supply cuts caused by the floods as soon as it was safe to do so.

It said operations rooms in affected states would be activated to monitor the situation and channel the latest information on supply cuts. 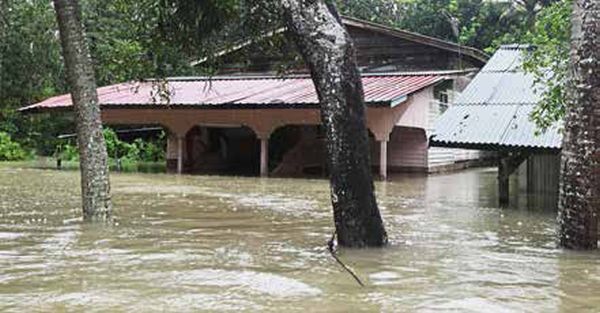 The extent of the floods.

The centre would resume operations only after the floods receded, the IRB said in a statement.

In the Klang Valley, heavy rains from the inter-monsoon season, which ended early this month, had led to near-capacity water levels in the area’s dams.

More evacuees in Kelantan and T’ganu