Quotes from the public on Malaysia's performance at the SEA Games

With utmost pride and joy, congratulations to all Malaysian athletes for putting up exceptional performances during the 2017 SEA Games. With or without medals, it’s your hard work and dedication that earn our admiration. And to all the Malaysian supporters, you are the ones that help Team Malaysia to blow away the competition in what was expected to be a closely contested one. MALAYSIA truly BOLEH! #ProudOfYouMalaysia

Owen Yap
I admire Ahmad Amsyar Azman, Malaysian diver a lot. He missed a place in the semifinal of the men’s 3m springboard at the Rio Olympic Games last year by making a comical landing on the water (belly-flop) and brought laughter and much amusement to the crowd and viewers worldwide. “Masih belum rezeki saya,” he said heart-brokenly after the dive. But he made a comeback and did just perfect this time at 2017 SEA Games. If you get up one more time than you fall you will make it through. Ahmad Amsyar just proved to us that perseverance is the skill of getting back up each time one is knocked down. - Owen Yap, newscaster
“My favourite athletes during this year’s SEA Games are Muhd Irfan Shamsuddin, Welson Sim, Ivan Yeo, Kuek Tien Yuan, Zaidatul Husniah Zulkifli and Shereen Samson Vallabouy. They believe in themselves and work hard relentlessly to achieve their goal. They all embodied the true sportsman spirit.” – Kit Mah, fitness model

Kit Mah
I went for the Sea Games opening with my family and the experience was amazing! The light display and crowd cheering in harmony was heartwarming. Of all the sports, I follow gymnastics closely as it’s so graceful to watch. I used to do gymnastics as a child so it’s something I can relate to. – Celeste Thoi, designer
“Congratulations to our Team Malaysia for holding strong atop the medal tally! All the hard work is paying off and I am so very proud of each one of our athletes. Malaysia boleh! #Kitasamahero. I love watching football, swimming and gymnastics, from young Farah Ann, Thanabalan and Welson Lim. (All) are doing so well!” – Thanuja Ananthan, model/actress
“Congratulations to our Malaysian team for their well deserved victory so far! Your hard work and determination will be etched in our history and will be celebrated not only today but for generations to come!

Sangeeta Krishnasamy
“My favourite event is of course hockey. My dad was a state hockey player and I was too at school but the one sport that intrigued me this year was the one that got us our first gold, Chinlone – it’s a unique sport, though close to takraw,  it showcases immense practice and determination.” – Sangeeta Krishnasamy, actress
“I would like to congratulate all Malaysian athletes who took part in the Sea Games, whether they earned a medal or not. They’ve all made me feel very proud to be Malaysian. And the athletes from our neighbouring countries also did well. Congratulations!” – Mas Khan, actor (of Gerak Khas fame)
Wow! What more can I say after seeing Malaysia’s astounding SEA Games 2017 results at the moment? We are strongly leading the competition and bagging the most number of gold medals which is certainly something to be proud of! My favourite sports person is Pandelela Rinong because she is the epitome of a strong young woman with grit.
Having achieved so much at a tender age has definitely made her an inspiration and icon to many, especially young girls. I would like to take this opportunity to congratulate and thank all our athletes for their hard work, dedication and passion in giving their all at the SEA Games. Keep up the winning spirit and #BangkitBersama. – Yvonne Lee, model/TV personality

Yvonne Lee
An extraordinary effort from all the athletes. You guys have made Merdeka 60 an extra special occasion. We are all very proud of all of you. From the bottom of my heart, thank you. The 100m race is always a special event in any athletic competition so I do have to say that Khairul Hafiz’s gold is a stand out moment. – Fuad Alhabshi, lead singer from Kyoto Protocol
I like swimming and boxing. Swimming because I used to swim, so it’s a sport I’m most familiar with. Boxing because I think boxers take the most risks. They put themselves on the line when they are in the ring. Congratulations to the Malaysian athletes on their medals! – Vincent Siow, designer
Congratulations and thanks to the Malaysian team for pulling Malaysians together in the month of Merdeka and uplifting our national dignity by exerting your utmost efforts with sporting spirit, physical strength, wisdom and bravery.
My favourite event is diving because it is a sport that requires grace, strength and flexibility. Our Malaysian diving team has come a long way and their perseverance and achievement is an inspiration to all. – Tan Li Yang, actor
Congratulations on your well deserved victory. The joy of victory will definitely culminate in the National Day celebrations.
I like diving; watching athletes spring and soar through the air performing gymnastic and acrobatic stunts before plunging into the water is magical! - Sean Lee, radio deejay

Sean Lee
We want to say thank you to our whole Malaysian team for being such a good sport and for putting in so much effort into the SEA Games. The amount of blood and sweat shed throughout the whole training process must be one of the most tiring and painful, so once again thank you for making us Malaysian proud, Malaysia memang boleh!
We are huge fans of Farah Ann Abdul Hadi in gymnastics. We admire how she stands firm on her ground of being who she is as a professional athlete without taking in empty criticisms. - FS (Fuying & Sam), pop duo
I would have to say gymnastics, synchronised swimming and figure skating because the athletes requires more than just skill, they have to be in character from all aspects and deliver it seamlessly. – Tengku Syahmi, designer
“My athlete of the games is football player N. Thanabalan. You have got to admire this chap’s work rate. Relentless and hardworking, it’s like the spirit of our beloved Supermokh (Mokhtar Dahari) has descended upon him. He is young and hungry for success, and he has all the ingredients to become an accomplished footballer. The games have always been special for me because my mother (S. Kalaimaney) was a SEA Games athlete in 1977. She won silver in 5km walking and gold in the 10km walking event.” - Clarence Kuna, theatre director and actor
Article type: metered
User Type: anonymous web
User Status:
Campaign ID: 18
Cxense type: free
User access status: 3 Leicester to prepare for restart with practice games at empty stadium 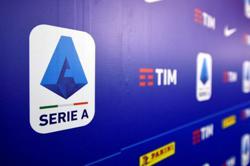