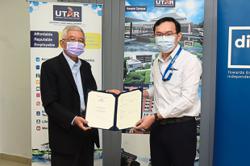 No guarantee: The power banks sold in the market currently do not carry any certification ensuring the safety of users.

PETALING JAYA: The Government plans to introduce compulsory certification for power banks in Malaysia in a move that has prompted positive feedback from groups here.

The move by the Domestic Trade, Cooperatives and Consumerism Ministry came about following seve­ral cases of power bank explosions.

Minister Datuk Seri Hamzah Zainudin said it would soon be compulsory for power bank manufacturers and distributors to get certification from the ministry and Sirim before the product is allowed to be marketed in the country.

A special ministerial level committee formed last year recommended this guideline, which makes it compulsory to receive the Sirim certificate and ministry’s approval beginning next year, Hamzah was quoted as saying in a Bahasa Malaysia daily.

There will also be a logo or stamp so consumers can differentiate the type of power banks, added Hamzah.

At present, it is not necessary for power banks to have Sirim approval as they are not listed under the Electricity Regulations 1994.

“This is a good move because currently, there are no safety labels on power banks,” he said.

“With the certification, substandard ones will no longer be allowed to be sold in the market,” Mohd Yusof said.

“Consumers can just look out for the safety label from Sirim and the ministry,” he said.

Mohd Yusof also said the certification should be extended to other smartphone accessories such as chargers, cables and batteries.

EcoKnights president and founder Yasmin Rasyid said the onus was also on the consumers to ensure that they buy products that are properly certified.

Generally, she found that most consumers do not scrutinise product labels.

“We only read the price tags. This practice has to change. We need to worry more about safety.

“So, don’t look into buying the cheapest product but make sure it is the safest one,” said Yasmin.

There have been a number of reports about power bank explosions.

For example, a cameraman suffered burns on his left thigh when a power bank placed in a bag suddenly caught fire last year. 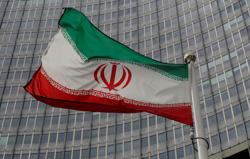