Robotic City among RM31bil worth of deals signed 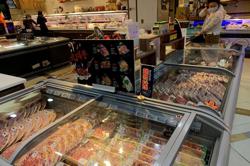 One for the album: Najib and Chinese President Xi Jinping with their wives Datin Seri Rosmah Mansor and Peng Liyuan posing for a photograph during the welcoming banquet for the Belt and Road Forum in Beijing. — Reuters

BEIJING: Malaysia will be a big beneficiary of China’s Belt and Road initiative with nine memorandums of understanding (MoUs) and agreements, including several new deals totalling more than US$7.22bil (RM31.26bil), signed between companies from the two countries here.

The signing of the deals on construction, agriculture, infrastructure, stock exchanges and port cooperation was witnessed yesterday by Prime Minister Datuk Seri Najib Tun Razak, who is here for the two-day Belt and Road Forum for International Cooperation beginning yesterday.

The largest business-to-business agreement signed is the setting up of a Robotic Future City in Johor by Johor Corporation, the state government’s investment arm, and its Chinese partner Siasun Robot Investment.

The US$3.458bil (RM15bil) project, scheduled to kick off by the end of this year, involves the development of a 404ha piece of land to set up the futuristic hub to develop the robotic industry as well as spurring the growth of various supply chains in the country.

Siasun is the largest robotic base in China and a listed enterprise under the Chinese Academy of Science (CAS).

The other major deal is a US$2bil (RM8.7bil) methanol and methanol derivatives project in Sarawak inked between Yayasan Hartanah Bumiputera Sarawak (YHBS), Consortium of Huanqiu Contracting and Engineering (HQC) and MacFeam.

With this project, Sarawak will be transformed into a petrochemical hub in the region.

Located at Tanjung Kidurong, it comprises three plants to be built in two phases. It is estimated to be completed in 2021.

AgroFresh International has secured a deal with China’s Dashang Group to export Cavendish bananas and tropical fruits, worth US$1.53bil (RM6.646bil), to China.

Agriculture and Agro-based Industry Minister Datuk Seri Ahmad Shabery Cheek said at the signing ceremony: “Money does grow on trees if the agriculture products can open up the China market.”

“Malaysia has successfully penetrated China’s vast market with its pineapple, banana and other local fruits.

“We are now working to export more local fruits to them,” he said, adding that fresh durian and jackfruit would be next.

They will jointly develop three of four islands off Melaka as part of the RM30bil Melaka Gateway, a mixed development for a tourism, deep-sea port as well as smart-city and commercial hub.

An engineering, procurement, construction and commissioning contract was also signed to develop a mixed-use commercial hub in Kota Kinabalu, Sabah, known as The Shore.

The US$132.58mil (RM576mil) project – a collaboration between Titijaya Land Bhd and CREC Development (CRECD) – is expected to take up to four years to complete and construction is scheduled to start this year. CRECD is a subsidiary of China Railway Engineering Corp (CREC).

In aviation, a joint-venture MoU was signed between AirAsia, China Everbright Group and Henan Government Working Group to establish a low-cost carrier terminal in Zhengzhou, capital of Henan province in central China.

The three entities will also set up an aviation academy to train pilots, crew and engineers, as well as maintenance, repair and overhaul facilities to service aircraft.

Other MoUs signed included one which is aimed at promoting and developing the Malaysia Innovation Cluster within the China-Malaysia Qinzhou Industrial Park – a collaboration between the Associated Chinese Chambers of Commerce and Industry Malaysia (ACCCIM), Zhongrun Economic Development, Citic Construction and the park’s management committee.

Bursa Malaysia and Shanghai Stock Exchange also signed a pact to explore potential ways to improve market accessibility and products in both markets.

A sister port relationship deal has also been reached between Northport in Port Klang and Weifang Sime Darby Port in Shandong province of China. 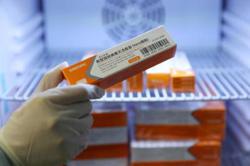