PETALING JAYA: An eye-opening post by an emergency physician has reminded Malaysians to be grateful for the doctors and affordable health services provided by public hospitals.

Razali wrote about how several itemised treatments were changed to RM0 cost after his father's Malaysian nationality was taken into account when the final bill was drawn up.

"We were so broke that month. I have only RM100 in my pocket (and 0 in the bank). That was all the money we have for lunch, and fuel/toll back to Melaka," wrote Razali.

When he saw his reduced RM31.80 bill, Razali said that he "cried on the spot" and thanked all the officers who helped him.

Alzamani explained what patients typically get for the RM1 they pay at the emergency department of public hospitals.

He said the total value is RM1,250, adding that the amount is a "conservative estimate".

For outpatient treatment at the emergency department for patients with a "simple fever" but which requires blood tests, a chest X-ray, antibiotics and observation, Alzamani said the estimated cost is RM500.

"When you come to the public hospital, often the real cost is not shown.

"We just hope you don't value us as only RM1. Because we know our worth," said Alzamani.

"I never got to thank them last time. So I am thanking you all now here," he wrote on his Facebook page.

"From the bottom of my heart, thank you for your dedication and service," said Razali. How the Covid-19 PCR test works 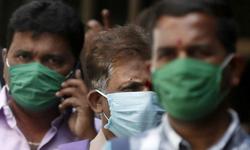 Additional help Laos from US to help fight Covid-19