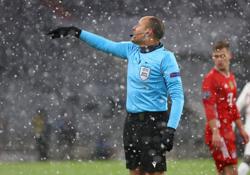 PETALING JAYA: What an incredible ride to the top. ‘Pocket Rocketman’ Azizulhasni Awang finally claimed the rainbow jersey (winner’s jersey) he had been eyeing the whole of his illustrious career with a stunning display of speed in the Track Cycling World Championships in Hong Kong.

The 29-year-old timed his last sprint to perfection to win the keirin final last night by a comfortable margin to create history for Malaysia.

He is also Malaysia’s first world champion athlete in an Olympic sport.

The Rio Olympic bronze medallist rider was the only Asian to reach the top-six final and he gave little indication of his form when he earned his ticket earlier.

Azizul only finished third behind reigning Commonwealth Games champion Matthew Glaetzer of Australia and Thomas, a two-time World Cup winner this season in the second round heat.

He had earlier finished second in his first round heat behind Zapata to earn an automatic ticket to the second round.

Azizulhasni first to cross the line in the kierin final. Reuters

Team-mate Muhd Shah Firdaus Sahrom’s debut in the world meet ended when he failed to win the repechage.

Shah Firdaus, who had won his first Track World Cup medal - a bronze - in the final leg in Los Angeles, United States was beaten by reigning world champion Joachim Eilers of Germany to a place in the second round.

Shah Firdaus needed to ride the repechage after he finished third in his first round heat earlier.

But it mattered little as Azizul saved his best for the final and the coveted rainbow jersey prize.

“For 10 years I have been trying to become the world champion. I came close before, losing by just a fingertip to Chris Hoy when I was starting out (in the 2010 edition in Copenhaagen, Denmark).

“I was disappointed but I told myself not to give up and keep trying as I know I can do it.

“Alhamdullilah, I am finally the world champion. I thank all Malaysians who watched and prayed for my success,” said Azizul, who showed his delight by carrying his bicycle in the air once the official results were flashed.

Azizul previously had four World Championships medals in his collection since his debut in 2008.

He rode to a silver in the 2009 edition in Pruszkow, Poland, in the sprint and grabbed another silver in keirin in Copenhagen, Denmark, in 2010.

He was back on the podium for keirin when he bagged a bronze in Paris, France, in 2015. He repeated the feat in his pet event in London last year. 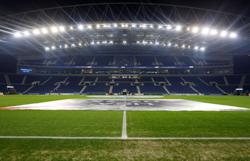