KUALA LUMPUR: The redevelopment of the 50-year-old low-cost flats of Razak Mansion, which has been completed nine months ahead of schedule, marks yet another personal milestone for the Prime Minister.

Located near the old Air Force base in Sungai Besi here, Razak Mansion was launched in 1967 by the then Deputy Prime Minister Tun Abdul Razak Hussein.

In his speech, the Prime Minister described the redevelopment of Razak Mansion as being close to his heart.

“The old Razak Mansion was launched by my late father nearly 50 years ago, on April 26, 1967,” Najib said at the ceremony.

Of the 658 residents, 557 will give up their old Razak Mansion flat units in exchange for new apartment units free of charge.

The remaining 101 who are renting Razak Mansion flats will be offered the new apartment units at RM42,000.

The 1Razak Mansion was built by developer Impianika Development Sdn Bhd in a public-private partnership with the Government, with construction starting in 2014.

Apart from the apartment units, 23 shops, a market and other public facilities such as a surau and community hall have also been built.

Realising that the majority of the residents are low or medium-income earners, the Prime Minister has also asked the developer to help ease the burden of moving into their new homes.

All units are offered with 99-year leaseholds, with the developer to foot RM3,000 in moving costs for each owner.

The developer will also bear maintenance costs for all the units for the next two years.

Najib lauded the developer for completing the project nine months early, adding that the initiative was part of the Government’s urban redevelopment efforts to provide Kuala Lumpur residents with more affordable housing.

“Razak Mansion used to look like an urban slum and was an eyesore, but with the concept of public-private partnership, we have managed to change the face of this area into an urban redevelopment project we can be proud of,” he said. 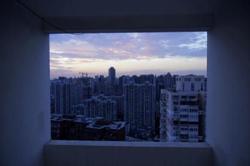 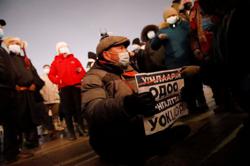