'Jong-nam's family has given Malaysia permission to manage his remains' 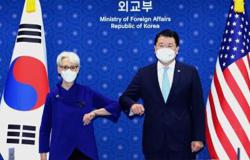 "Further action on the body is yet to be decided.

"However, for now, the family have given permission to our government to manage the body," he told a press conference after launching a seminar at Kelab Shah Alam on Thursday.

Noor Rashid, however, declined to elaborate on where and when discussions with Jong-nam’s family took place.

He was commenting on whether Jong-nam's family had sought to claim the deceased's body following the revelation that a family member had handed over DNA samples for the process of identification.

"As of now, the body has been handed over to the Health Ministry.

"Any further action will be the Federal Government's prerogative," he said.

Deputy Prime Minister Datuk Seri Dr Ahmad Zahid Hamidi confirmed Wednesday that Jong-nam's body had been identified based on DNA samples provided by a child of the deceased.

Previously, Inspector General of Police Tan Sri Khalid Abu Bakar said the body had been positively identified but declined to give details on how that was done.

Dr Ahmad Zahid, who is also the Home Minister, said the Government has not ruled out the possibility of handing over the body of Jong-nam to North Korea in exchange for the nine Malaysians held there.

Asked if Malaysia would consider such a move, he replied: "We are looking into all possibilities." 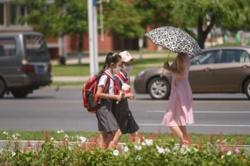