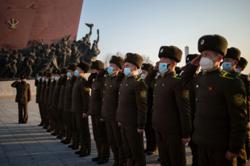 SEPANG: Malaysian police are asking the next of kin of Kim Jong-nam, who was murdered at Kuala Lumpur International Airport 2 (KLIA2) five years ago, to retrieve his belongings.

Sepang OCPD Asst Comm Wan Kamarul Azran Wan Yusof said the police were urging the relatives “of a certain Kim Chol, bearing a passport with the number 836410070”, to also collect cash that was in his possession when he was killed at the airport in February 2017.

The incident garnered global headlines as the man going by the name Kim Chol was later identified as Jong-nam, the half-brother of North Korean leader Kim Jong-un.

“Kim Chol” was a known pseudonym of Jong-nam used on his passport.

“Next of kin are urged to contact Asst Supt Mohd Anuar Hanim at 016-435 8222. If no family members are available to collect the items within six months from this press release, the said items will be handed over to the country’s treasury,” he said in a statement yesterday.

Two women – an Indonesian and a Vietnamese – were charged with his murder, but were later acquitted.

The Indonesian, Siti Aishah, had her charges dropped, while the Vietnamese, Doan Thi Huong, pleaded guilty to a reduced charge of “causing injury” and had her jail time shortened. She returned to Vietnam in May 2019. 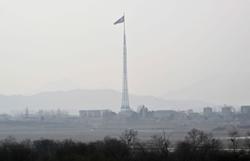