IRB reminds employers to use e-Filing to submit forms PETALING JAYA: The Inland Revenue Board (IRB) has issued a strong reminder to employers to submit their return form via e-Filing and to no longer do so manually.

In a statement Friday, IRB stressed that based on sub-section 83(1B) of the Income Tax Act 1967 (ACP 1967), employers must submit the Employer Return Form (Form E) starting from the 2016 remuneration year via e-Filing.

Should a company submit a paper version of Form E, it would be considered as not received under the Act, the statement said.

“For employers who are not companies, they have the option to submit Form E either via e-Filing or paper form (manual),” said IRB.

However, to encourage employers to use e-Filing, IRB has granted additional time until April 30 for them to submit the form, it added.

The e-Filing system for submission of Form E will be open from March 1, said the statement.

According to the Act, every employer must prepare and submit a statement of annual income (EA / EC Form) to their employees at the latest on Feb 28.

This is to enable employees to complete and submit the income tax return within the stipulated time frame.

The IRB said failure of an employer to comply with the provisions of the law is an offence punishable by a fine of not less than RM200 and not more than RM20,000 or imprisonment for a period not exceeding six months or both. 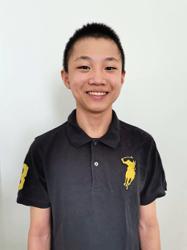