PUTRAJAYA: Attorney-General Tan Sri Mohamed Apandi Ali (pic) might send representatives to hold watching briefs at the hearing of the civil suit filed by the United States Department of Justice (DOJ) over assets bought via funds allegedly misappropriated from 1MDB.

“I am looking into the idea, maybe I or my officers will go there during the hearing to at least register our interest because we heard you (US) want to give money to us, we want to hear," he told reporters after attending the swearing-in ceremony of two new judicial commissioners.

He also said that a United States law firm may also be appointed, together with his senior officers or with him, to attend the hearing.

Mohamed Apandi explained that watching brief meant that the representatives would attend the hearing of the lawsuit and listen to whatever transpired in the court and maybe, with the permission of the court, ask a few questions for clarification.

He said 1MDB is a Malaysian company and the Malaysian government has an interest since there was indication by the United States Attorney-General that they would repatriate the allegedly ill-gotten money to Malaysia.

To a question whether action would be taken against Low Taek Jho, who was named in the suit, Mohamed Apandi said investigations had not been completed. He, however, said when the investigation papers were ready, he would make his decision.

"If there is evidence, I will charge. Nobody will go scot-free," he said.

On July 21 this year, the DOJ filed a suit to seize assets acquired with money allegedly misappropriated from 1MDB, the government investment fund.

Earlier at the function, former deputy solicitor-general I Datuk Seri Tun Abd Majid Tun Hamzah and lawyer Azmi Abdullah were sworn-in as judicial commissioners of the High Court of Malaya.

Tun Abd Majid, 55, from Mentakab, Pahang, and Azmi, 49, from Kota Baru, Kelantan, received their letters of appointment from Chief Justice Tun Arifin Zakaria and they took their oath of office and allegiance before Chief Judge of Malaya Tan Sri Zulkefli Ahmad Makinudin. — Bernama 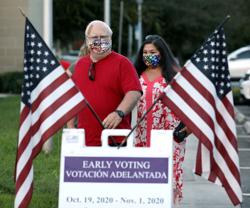 All Malaysian cinemas are temporarily closed from November onwards